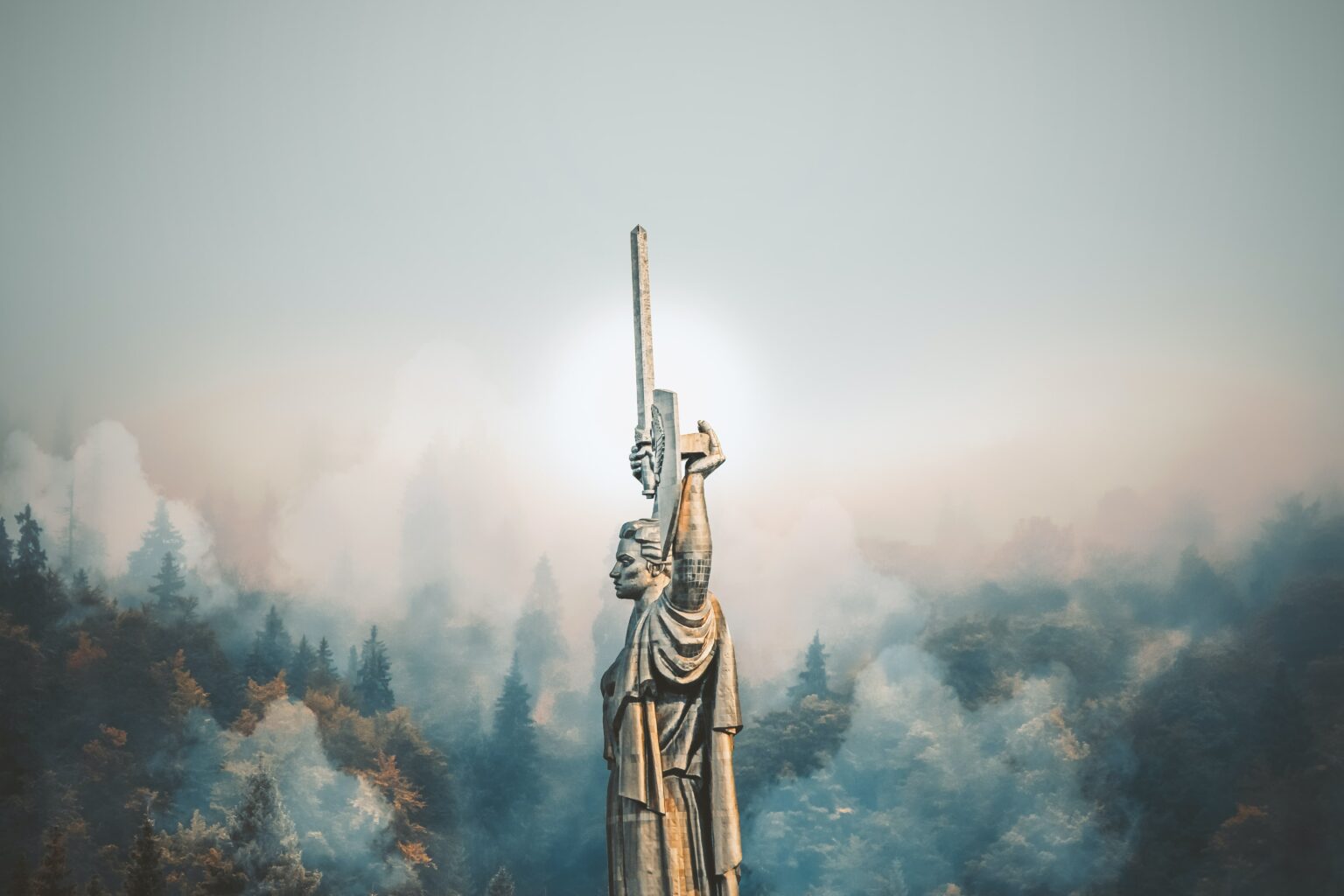 [vc_row][vc_column][vc_column_text]As Pentagon Press Secretary John Kirby announced this week that 3,000 U.S. troops will be deployed to NATO nations Romania, Germany and Poland, many Americans were asking why the U.S. has placed itself in its most volatile standoff with Russia since the Cold War.

Front-and-center among them is Fox News host Tucker Carlson, who stated on his prime time program, “The only question that matters is how does intervening in Ukraine help the core interests of the United States… [Russian President Vladimir Putin] just wants to keep his western borders secure. That’s why he doesn’t want Ukraine to join NATO, and that makes sense.”

Some GOP lawmakers have openly disagreed with Carlson. But he did strike a chord with at least some in his audience. Rep. Tom Malinowski (D-NJ) tweeted, “My office is now getting calls from folks who say they watch Tucker Carlson and are upset that we’re not siding with Russia in its threats to invade Ukraine, and who want me to support Russia’s ‘reasonable’ positions.”

My office is now getting calls from folks who say they watch Tucker Carlson and are upset that we're not siding with Russia in its threats to invade Ukraine, and who want me to support Russia's "reasonable" positions.

Pentagon Justification for Action Against Russia

#TuckerCarlson Questioned U.S. Involvement in the #RussiaUkraine Conflict. We Answered.

On Wednesday Kirby gave the Pentagon’s justification for the troop movement. “We want to make sure that [Putin] knows that any move on NATO is going to be resisted, and it’s going to trigger Article 5, and we’re going to be committed to the defense of our allies,” said Kirby.

Ukraine is not in NATO. But Russia’s recent amassing of more than 100,000 troops at the sovereign nation’s border raised the Pentagon’s response, and it sparked two Senate Committees this week, Foreign Relations and Armed Services, to draw up sanctions against Russia.

Senate Foreign Relations member Chris Murphy (D-CT) told MSNBC on Wednesday, “There’s no daylight in the United States Senate [between Democrats and Republicans] when it comes to sending a clear message to Russia that there are going to be consequences if they march into Ukraine any further.”

There are economic concerns to consider, as well. For example, Social Scientist Derek Mosley points out that Ukraine is a great provider of grain and petroleum to other European nations—many of whom are the United States’ biggest trading partners, and so if Ukraine falls to Russia, the economic impact of our European partners losing Ukrainian trade could, in turn, impact us.

But going by this argument, sanctioning Russia could also bite the U.S. That’s why, as the Senate Committees meet, one of the biggest sticking points is the Nord Stream 2 pipeline. It’s meant to flow gas from Russia to Germany (although the EU has currently put the deal on hold). Sanctioning it would potentially hurt Russia, but it would also hurt Germany.

Is This Another Afghanistan Situation?

Along with the 3,000 redeployed, another 8,500 U.S. military personnel are on “heightened alert.” If tensions escalate, could we end up with another drawn-out quagmire like Afghanistan?

“In Afghanistan you had a situation where there really was too much reliance on the United States, and an expectation that we’d always be there,” Jonathan Wachtel, former Spokesperson for the U.S. Mission to the UN, tells PoliticalIQ. “So, yes, they [the Afghan military] capitulated.”

House Armed Services member Mikie Sherrill (D-NJ) traveled to Ukraine just last week. She expects no capitulation. “I think Putin really underestimated the will of the Ukrainian people to fight against this aggression. This is not 2014 [when Russia invaded Crimea]. These are people that understand what freedom is,” she said. “They know what they’re fighting for, and they’re ready to do so.”

Meanwhile, France has also committed troops to Romania while Spain, Denmark, the UK and the Netherlands are considering sending forces to the region.

“These are not permanent moves,” Kirby said of U.S. deployment. “Moreover, these forces are not going to fight in Ukraine.” However, “We hold the option open of additional force movements if that’s desired and needed.”