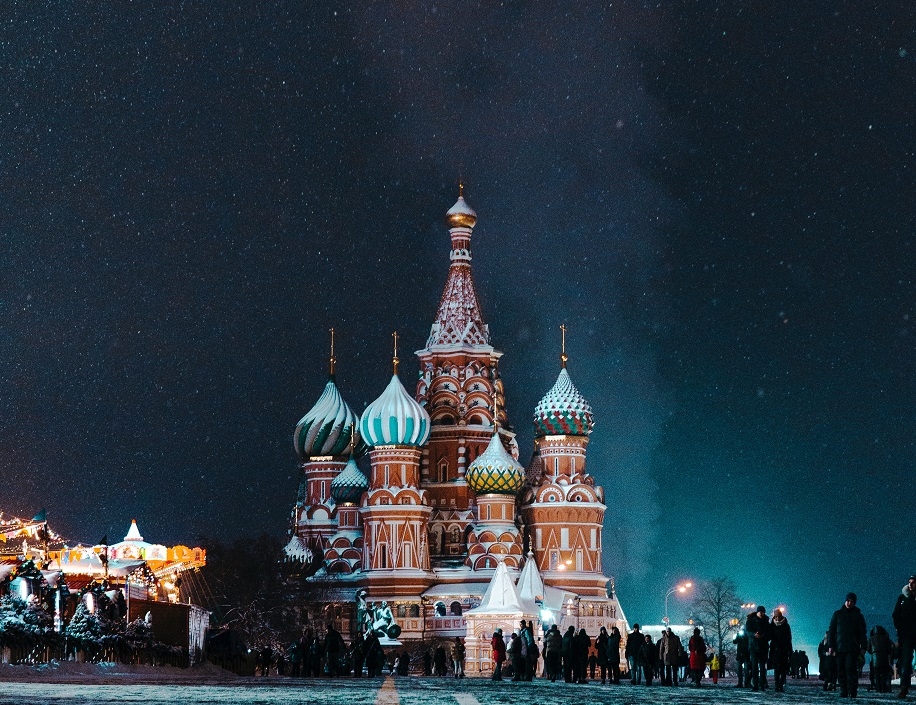 [vc_row][vc_column][vc_column_text]Early Thursday morning, all of Ukraine was rocked by wide-ranging attacks, as Russia launched airstrikes against cities and military bases across the country. Ukrainian officials claimed Moscow had declared “full-scale war” upon its sovereign neighbor. At the same time President Biden, after a meeting with fellow G7 leaders, pledged a new round of sanctions against Russia for what he called an “unprovoked and unjustified attack.”

But it was during his announcement Tuesday in which he stated that the U.S. was slapping “full blocking sanctions” upon two large Russian financial institutions that President Biden suggested that Russian President Vladimir Putin’s initial invasion of two sectors of Ukraine’s Donbas region was not going to work out the way he calculated:

“At every step, we have shown the United States and our allies and partners are working in unison, which he hasn’t been counting on, Mr. Putin,” said President Biden.

In fact, Putin’s aggression is “backfiring,” Joel Rubin, former Deputy Assistant Secretary of State who served in both the Bush and Obama Administrations, tells Political IQ. “NATO is now more unified than it has ever been in decades, which is the opposite of what Putin wanted.”

While historian Gregory Mitrovich wrote in the Washington Post, “Putin’s gambit could undermine Russian security, leaving it an economic pariah with a remilitarized NATO on its borders, the exact circumstances Putin hopes to avoid with his power play against Ukraine.”

So, is Putin miscalculating, getting exactly what he never wanted—a stronger, more unified NATO than ever before, right in his own back yard?

In response to Russia’s aggression, the U.S. has deployed some 5,000 troops into NATO member nations Poland and Romania. The UK is sending hundreds of soldiers to Poland, as well, and offering to send warships and planes to the region. Troops from Germany, the Netherlands and Norway are being deployed to Lithuania, while Denmark and Spain are providing jets to police the skies.

Comparatively, as of this week the U.S. estimated Russia had deployed some 190,000 troops on Ukraine’s borders. That’s not to say the U.S. and its allies couldn’t amass more troops, themselves, but how far is the West willing to go, militarily?

“NATO needs to take a firm, hard line,” says Rubin. “Tell Putin you’ll be at war if you touch a NATO nation’s troops.”

“I think there is no room for any miscalculation in Moscow about our commitment to defending allies,” NATO Secretary General Jens Stoltenberg said last week.

However, while Stoltenberg put out a statement Tuesday condemning Putin’s invasion of Donetsk and Luhansk for calling the two sectors of the Donbas region “independent republics,” on Thursday, the NATO leader reiterated that there were no plans to send alliance troops into Ukraine. “What we have made clear is that we have already increased and we are increasing the presence of NATO troops in the eastern part of the alliance on NATO territory,” said Stoltenberg.

“The Ukraine is not part of NATO at this point,” former Defense Secretary Leon Panetta noted on MSNBC Wednesday. “Having said that, I do believe that it is critical for the United States and our allies to be unified in saying that we are not only going to impact and force Russia to pay a price if they invade the Ukraine, but that we will reinforce NATO’s positions to make clear that we are willing to go to war if he tries to invade a NATO country.”

Secretary of State Antony Blinken explained Tuesday that the first round of financial sanctions “will cut off the Russian government from a key avenue by which it raises capital to fund its priorities and will increase future financing costs. They also deny Russia access to key U.S. markets and investors.”

But along with cutting off VEB and Russia’s military bank, PSB, from U.S. dollars—the global reserve currency —the European Union is expected to announce a strategy next week to cut off its energy ties to Russia.

Russia exports about half of its five billion barrels of oil to Europe daily. Further, the EU’s announcement comes with crucial backing from Germany, a nation so tightly linked with Russia that one of its former Chancellors, Gerhard Schroder, is the Chairman of  Russia’s biggest oil company, Rosneft.

“No question, this is a big loss for Russia,” Rubin says of Nord Stream 2. By delivering some 55 billion cubic meters of gas per year, the still-unfinished pipeline could have been worth more than $15 billion in annual revenue to the Russian state-owned company, Gazprom.

As punishment for Russia’s full-scale invasion of Ukraine, Thursday afternoon President Biden unveiled a new set of sanctions that he said would “impose severe cost on the Russian economy, both immediately and over time.”  They include export blocks on technology, which President Biden said would greatly obstruct Russia’s ability to advance its military and aerospace sector. He also applied sanctions on Russian banks and “corrupt billionaires” and their families who are close to the Kremlin.

“President Putin has chosen a premeditated war that will bring a catastrophic loss of life and human suffering,” President Biden said in a statement. “Russia alone is responsible for the death and destruction this attack will bring, and the United States and its allies and partners will respond in a united and decisive way. The world will hold Russia accountable.”