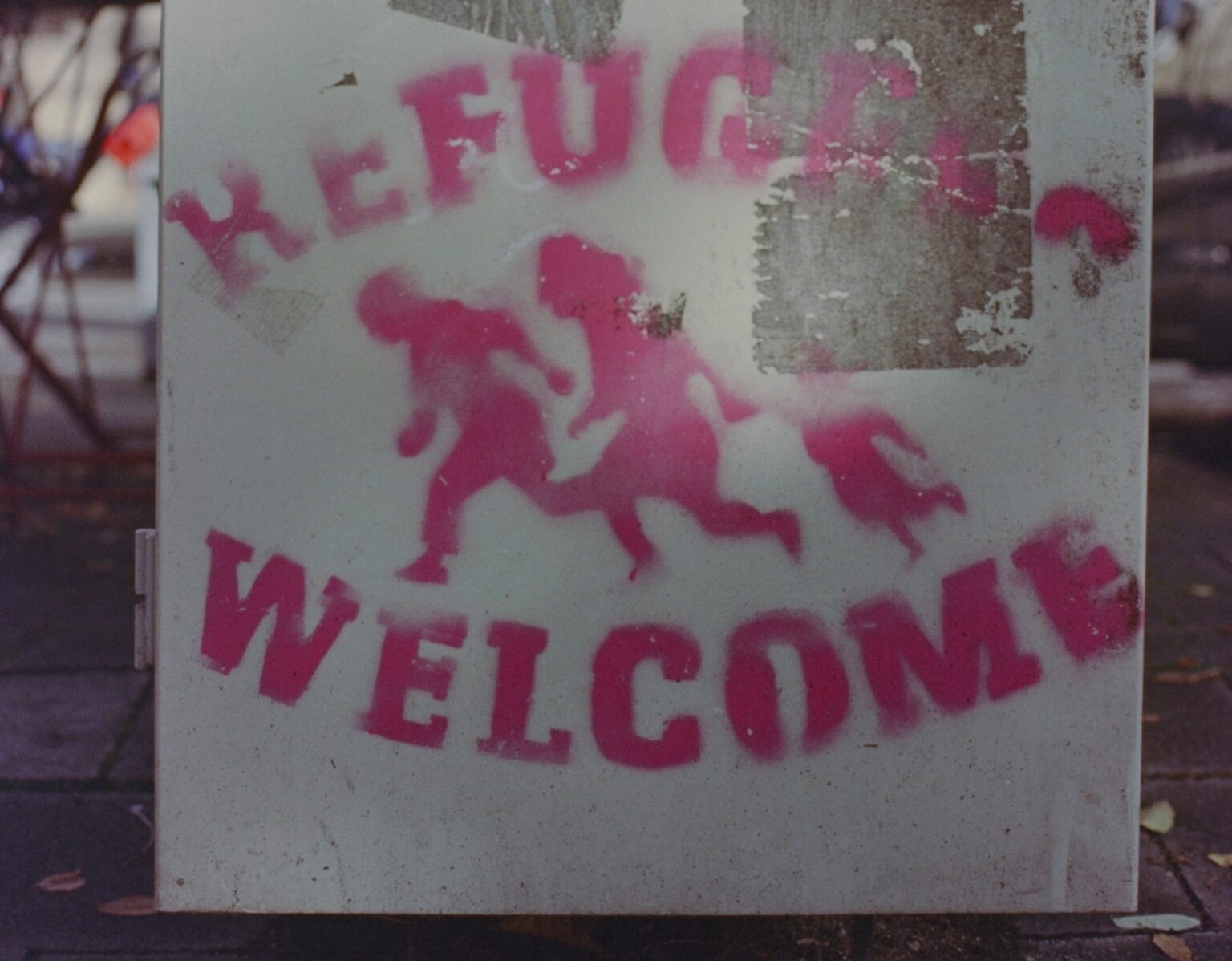 [vc_row][vc_column][vc_column_text]The war in Ukraine has created what the United Nations is calling “Europe’s largest refugee crisis this century.” In a speech before the UN Security Council on Tuesday, U.S Secretary of State Antony Blinken spoke of “children, the elderly, people with disabilities, who are making harrowing journeys through conflict zones,” and warned, “If President Putin succeeds in his stated goal of toppling Ukraine’s democratically elected government, the human rights and the humanitarian crises will only get worse.”

Currently, UNHCR, the UN Refugee Agency, estimates that some 4 million Ukrainians will be forced to leave the embattled country as Russia presses on with its invasion.

“That’s our planning figure. It depends very much on how the situation evolves in Ukraine with the military conflict that’s happening at the moment,” Chris Boian, UNHCR Senior Communications Officer, tells Political IQ. “Four million is a kind of a maximal projection that could happen depending how things evolve.”

However, he notes those numbers are “rising substantially every day.” UNHCR is tracking Ukrainian refugees through a data portal that’s publicly accessible.

Where Are Refugees Going?

Already more than a million Ukrainians have left for neighboring countries. Roughly half have traveled to Poland, a NATO nation.

These numbers include tens of thousands of Ukrainians who have escaped into Russia. “I assume these are primarily people in the eastern part of Ukraine who identify as ethnically Russian and Russian speaking,” says Boian. “They feel like that’s where they need to be for safety.”

The stats also include non-Ukrainians who were living and working or going to school inside Ukraine who felt compelled to flee. Further, Boian notes, “Ukraine was already hosting refugees from various parts of the world who’d fled conflict in other places. They were living in Ukraine and are now also fleeing this conflict.”

But not all refugees cross national borders. The city of Lviv in the far west of Ukraine, for instance, has become an important staging ground, sending soldiers eastward and acting as a base camp for those running from the fighting.

“We estimate there will be around 6 million people in Ukraine itself who may well be in need of assistance and protection in the coming three months,” says Boian. With that in mind UNHCR, along with its humanitarian partners, has called for a “flash appeal” of $1.7 billion to address the needs of those inside Ukraine.

European countries like Hungary and Austria are taking in refugees from Ukraine, but in the past few decades they’d resisted opening their doors to people escaping the wars in Syria, Iraq and Afghanistan. Hungary’s Prime Minister Viktor Orban has not only called refugees a threat to his country, his government has been accused of human rights abuses against them, while Austrian Chancellor Karl Nehammer said in a recent interview, “It’s different in Ukraine than in countries like Afghanistan.…We’re talking about neighborhood help.”

“We’re aware of those reports,” says Boian. “Our High Commissioner is in regular contact with the authorities at senior levels of the Foreign Ministries and top levels of these governments, just to remind them that responding to people fleeing situations of conflict, there can be no room for discrimination or borders of any kind. The only criterion that really comes into play here is whether or not you’re a human being with human needs.”

U.S. Ambassador to the UN Linda Thomas-Greenfield punctuated this sentiment during an emergency session of the General Assembly Tuesday, saying, “I want to echo the UN Refugee Agency’s call to help and welcome all those fleeing conflict without regard to race or nationality. Refugees are refugees.”

Anecdotally, non-Ukrainian refugees are giving mixed reports of their experiences. Chinoso, a Nigerian-born student and travel agent who fled Kyiv, said of dealing with the border guards in Poland, “The guards are just trying to control the crowd, but it’s not racism. I haven’t experienced any racism. Not at all.” Meanwhile, Rubi, an Indian-born student who also fled Kyiv, had a different border experience. “Everything is free for Ukrainians only,” she said. “We could not get any transportation, we don’t have any accommodation, no one is there to help us.”

The Biden Administration has made an initial pledge of $54 million in humanitarian aid. The U.S. State Department says the White House is working with European allies and partners, as well as international and non-governmental organizations (NGOs), “to support those displaced internally within Ukraine and those who may seek safety in neighboring countries.”

The private sector is stepping up, too. For example, Airbnb has reached out to the leaders of Poland, Romania, Germany and Hungary with a pledge to house up to 100,000 Ukrainian refugees. It follows a pledge Airbnb made last year to house 20,000 Afghan refugees (about 10,000 Afghans ended up in Airbnbs).

“We’re seeing all kinds of action and steps that are being taken by corporations and the private sector in general,” says Boian, “companies or foundations, and private individuals as well, who are stepping in and providing any kind of support and relief and assistance that they can.”

To aid the UNHCR’s Ukrainian refugee relief effort, you can donate here.