Does a Conservative Supreme Court Mean the End for Roe v Wade? 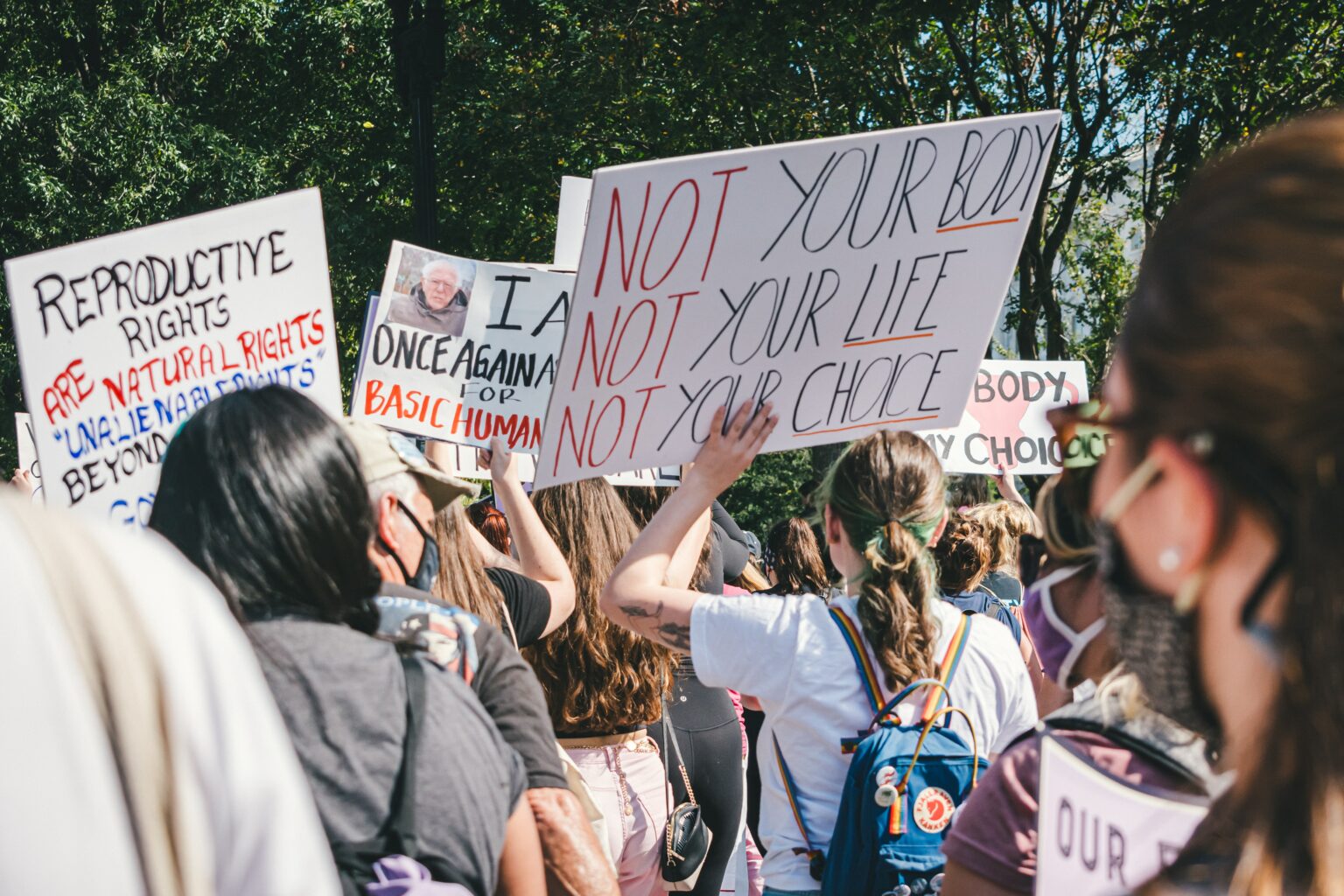 [vc_row][vc_column][vc_column_text]In the most direct challenge to Roe v Wade in decades, the Supreme Court is expected to rule on Mississippi’s new abortion law in June or July. While the 6-3 conservative-leaning Supreme Court Justices signaled a willingness to uphold the Mississippi case back in December when they heard oral arguments, some legal minds say the door may not be shut on Roe v Wade just yet.

“I think we do the Court and our system a disservice by presuming, just because they are conservative Justices on the Court that this is automatically going to get upheld,” attorney Rachel Self tells Political IQ. “I think that it’s entirely possible that they’re going to look at it, and they’re going to say, ‘No, the fundamental right to privacy allows a person to do what they want to with their body.’ I’m not tossing it out yet as a guarantee that this decision’s going to happen.”

While the word “privacy” doesn’t appear in the U.S. Constitution, it is explicitly implied in several amendments, and the Supreme Court has argued in support of privacy protections in at least eight cases—not including Roe v Wade—over the past century.

“Despite being a conservative Justice, and despite what your religious leanings may be, the Constitution is ‘church’ to lawyers, and they take their jobs very seriously,” says Self.

Mississippi’s proposed law bans abortions after 15 weeks of pregnancy, far sooner than what has been considered “fetal viability” at 23 weeks.

With that in mind, Self does admit that the Justices may not see upholding this state’s law as actually overturning Roe. “I think that their position might be, they’re not really changing anything, they’re just moving the line from 23 weeks to 15 weeks.”

The national GOP platform has been anti-abortion since 1980, when it supported a “constitutional amendment to restore protection of the right to life for unborn children.” Currently, in anticipation of the Court’s decision, a number of Republican-leaning state legislatures have introduced their own laws modeled on Mississippi’s 15-week ban.

Lawmakers in Kentucky introduced an “immediately enforceable” bill shrinking their current 20-week abortion ban down to 15. Arizona passed a 15-week ban in February, while West Virginia passed a similar ban just before a midnight deadline this past Friday.

Florida legislators voted on a 15-week abortion ban earlier this month as part of a sweeping legislative push by Republicans in that state, including a ban discussing sexual orientation or gender identity in early elementary grades—what critics call the “Don’t Say Gay” bill.

“I do think the legislation in Florida, I think that’s the result of people saying, ‘We’ve got a conservative Court right now, let’s try to push for everything we can,’” says Self.

Louisiana, meanwhile, has had a 15-week abortion ban on the books for several years now; it just hasn’t been challenged before the Supreme Court. Currently it’s taking steps to cut that ban down to six weeks, copying the most restrictive abortion law enacted in Texas last year.

The Texas law is taking a longer route through the Court circuit than Mississippi. Along with a six-week ban, the bill allows private citizens to sue anyone who “aids and abets” in an abortion after that time limit. That’s a loophole that keeps state officials out of enforcement, and possibly leaves abortion providers with fewer avenues to argue constitutional protections.

Conservative Justices Brett Kavanaugh and Amy Coney Barrett questioned that loophole during oral arguments in November, leading to questions about the ultimate fate of the Texas law. That hasn’t stopped other states from copying the six week ban, including Idaho, which passed its into law this week, Oklahoma, Wisconsin, and Tennessee, which would also ban abortion pills.

Vermont moved to become the first state to guarantee legal abortion in its Constitution. Proposition 5 passed in February along party lines, with Republican state lawmakers calling it “extreme”—but the state’s Republican Governor, Phil Scott, has signaled his support for the measure ahead of its appearing on the ballot in November. Nearly three-quarters of Vermont voters support making abortion legal in all cases.

Colorado’s legislative chamber just this week passed the Reproductive Health Equity Act. Now headed to the Democratic-leaning state Senate, it prohibits state and local authorities from denying any individual the right to contraception, abortion, or to give birth.

Louis Jacobson, Senior Columnist for Sabato’s Crystal Ball at the University of Virginia’s Center for Politics, compiled a state-by-state comparison of abortion legislation and how voters are likely to respond to them.  This week he concluded, “One thing is all but certain: If Roe is overturned, Democrats will try to make abortion an issue in the 2022 midterms. Whether this turns into a winning issue is far from certain.”

Recent polling has shown broad support for abortion rights, with Gallup registering 80% approval for abortion in all or most cases.

Democrats are statistically far more likely to support abortion rights than Republicans according to a recent Quinnipiac poll, but a large majority of Republicans generally poll in support of making exceptions for rape, incest, and when the mother’s life is at risk.

Further, while women back abortion rights more often than men, a recent Pew poll found a majority of men still in favor, with 62% of women wanting abortion to be legal versus 56% of men. And as for racial and religious groups, Pew found only White Evangelicals having a majority wishing to outlaw abortion.

All that said, Jacobson at the Center for Politics notes that abortion, despite being “so hard-fought and [having] driven so much political controversy over half a century,” is just one of many issues voters are weighing in a deeply fraught election year. He concludes, “[I]t’s impossible to rule out the possibility that the issue could be so overshadowed in 2022 that it’s resolved—at least in the short term—with a whimper rather than a bang.”

Voters Eye the Economy as They Ready Their Ballots