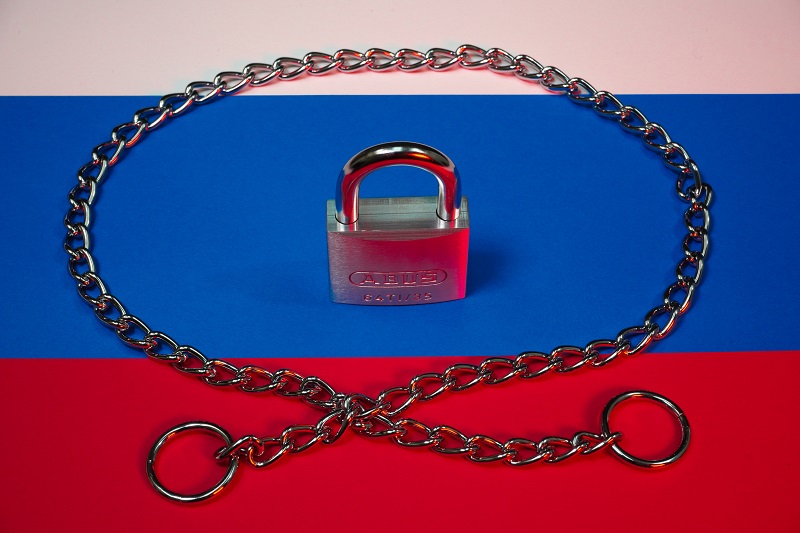 [vc_row][vc_column][vc_column_text]Russia’s deepening isolation and economic turmoil, in response to its invasion of Ukraine, is causing its economy to be “reshaped as we speak,” Nicolas Veron, Senior Fellow at the Peterson Institute for International Economics, tells Political IQ. “What’s happening in Russia right now is a swift transformation of the Russian economy from a peace-time economy to a war-time economy.”

By this, he means that as civilian businesses disappear, military businesses prosper. “The war economy basically doesn’t function on market principles,” he explains. “That means the main principle for resource allocation will be increasingly cut down—and affected by corruption, of course—but less driven by supply and demand across the board.”

And, Veron says, we’ve seen this economic template before: “The Soviet Union, which was pretty much a war economy even after World War II.”

In fact, there have already been reports that President Vladimir Putin is considering nationalizing Russia’s financial operations, although those reports have been met with blowback from at least some of the country’s Oligarchs.

In turn, this shift is impacting countries far beyond Russia’s own borders.

In response to its InvasionOfUkraine, Russia’s #economy is being reshaped as we speak…

Russia continues to be hit with global economic sanctions and the divestiture of more than 400 businesses from around the world. The result has been to knock thirty years of progress off Russia’s economy. Its financial system and currency are collapsing on multiple fronts. The Kremlin has had to keep its stock market closed for weeks and artificially prop up the ruble inside its borders.

The ensuing uncertainty has driven thousands of Russians to leave their homeland, sparking a mass departure of the nation’s “quality working force,” according to Andrei Kolesnikov, a senior fellow at the Carnegie Endowment.

It has not gone unnoticed by Putin. On Wednesday, he made an ominous declaration that Russia would undergo a “self-cleansing” as it distinguished “true patriots from the scum and the traitors.” This has given rise to whispers that the Kremlin is planning to impose martial law, including border closures. Moscow, so far, has denied those rumors.

Meanwhile, the nation’s economic isolation is seeping into other aspects of Russian culture. Universities, sports leagues and artistic institutions around the world have also cut ties with Russia. Facing their own global isolation, thousands of the nation’s scientists have spoken out against Moscow—despite the fact that using the word “invasion” is now a crime in Russia.

“Russia’s going to become increasingly dependent on China as it becomes more isolated from the West,” says Arik Barikovsky, Assistant Director of the Russia and Eurasia Program at The Fletcher School of Law and Diplomacy at Tufts University. “Russia has almost nowhere else to turn in terms of import substitution, so it’s going to rely on Chinese technology increasingly. It’s going to rely on China in terms of its de-dollarization efforts.”

“Everything inside the Russian [war] economy will increasingly be driven by imports,” adds Veron, “and to use a hard currency for imports.”

Trade between Russia and China had already been surging. It grew 35.9% to a record $146.9 billion last year. That being said, the World Bank ranks Russia as only China’s 14th largest trading partner while the United States is its biggest.

On Friday, President Biden spoke by phone for nearly two hours with Chinese President Xi Jinping, during which Biden “described the implications and consequences if China provides material support to Russia,” according to the White House, and the President “underscored his support for a diplomatic resolution to the crisis.” The call followed reports—which both Moscow and Beijing have denied—that Russia reached out to China for economic and military aid.

While China has not condemned Russia’s invasion of Ukraine, official Chinese media quoted Xi as having said to Biden on Friday’s call, “The Ukraine crisis is something we don’t want to see,” adding, “Conflict and confrontation are not in the interests of anyone.”

Kristalina Georgieva, Managing Director of the International Monetary Fund, said Sunday, “What I’m more concerned is that there are [economic] consequences that go beyond Ukraine and Russia.” She added that the IMF is concerned about the war’s impact on the economies of Russia’s neighbors, like Moldova and The Caucasus, and “very worried about” countries that have yet to recover from Covid-hit price hikes and those dependent on Russian fuel imports.

However, Georgieva said the IMF is forecasting, “For countries that have been fast to recover from the Covid crisis, like the United States, growth is robust.”

The Wall Street Journal’s Chief Economics Commentator, Greg Ip, has noted, “The U.S. should be buffeted less by the economic spillovers of war: it depends less on Russian natural gas, is a net oil exporter, and already spends a relatively hefty 3.3% of GDP on defense.”

Economically and beyond, diplomatic officials note that the war in Ukraine—and the White House’s response to it—has caused the broadest rethinking of foreign policy since 9/11. The Biden Administration has strengthened NATO’s ties and has reached out to rivals, such as oil-rich Iran and Venezuela (as well as China), to stand against Russia’s aggression.

“It feels like we’re definitively in a new era,” former Obama Deputy National Security Adviser Ben Rhodes told the New York Times. “And we’re not sure what’s next.”

“The fact that you have Russian men ... fleeing the country rather than go to serve in #Ukraine undercuts the narrative that this is indeed as popular a move by #VladimirPutin as Putin would like to portray it as.” - Raphael S. Cohen, @RANDCorporation https://politicaliq.com/2022/10/04/russian-military-3/