This post was originally published on this siteThe president said the Russian leader “cannot remain in power,” but the U.S. has clarified it is not pursuing regime change in Moscow.

Biden Aims to Boost Military and Social Spending in 2023 Budget This post was originally published on this siteThe president will unveil his latest budget proposal amid war in Ukraine and concerns at home about rising costs. This post was originally published on this siteSecretary of State Antony Blinken will join a summit with Israel and Arab nation to reassure allies over the Iran nuclear deal and garner support for Ukraine. 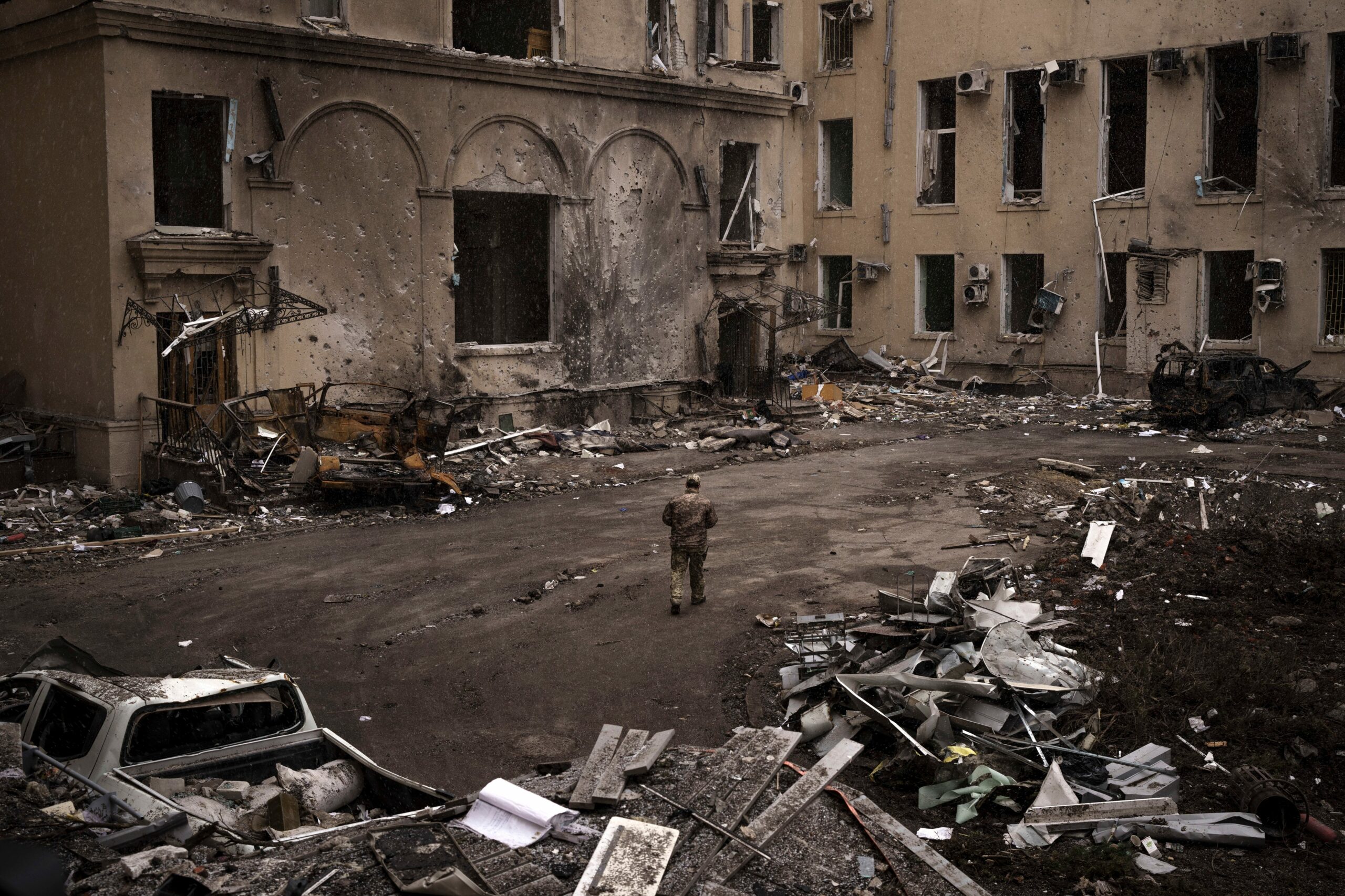 UAE energy chief doubles down on OPEC alliance with Russia Ukraine’s military said late Sunday that Russian forces had been forced to leave positions northeast of Kyiv after suffering “significant losses,” and Ukrainian forces had retaken the town of Trostyanets near the northeastern border with Russia, opening a potential road to the encircled provincial capital of Sumy. Ukraine’s armed forces said two Russian battalion tactical groups outside Kyiv had retreated back to Belarus..
Retaking Trostyanets “demonstrates that the Ukrainians are able to counterattack, which means Russia can’t assume that once they hold ground they have secured it,” Jack Watling at Britain’s Royal United Services Institute think tank, tells The Wall Street Journal. “That limits the amount of resource they can apply to the place they are trying to take at any one time.”
Brig. Gen. Kyrylo Budanov, the head of Ukraine’s Defense Intelligence Agency, said Sunday that Russian President Vladimir Putin has realized “he can’t swallow the entire country” so “there is reason to believe that he is considering a ‘Korean’ scenario for Ukraine,” in which Russia “will try to pull the occupied territories into a single quasi-state structure” and then “impose a dividing line between the unoccupied and occupied regions of our country. In fact, it is an attempt to create North and South Korea in Ukraine.”
Russia continues to fire missiles at targets across Ukraine, adding to the deaths and more than $63 billion in infrastructure damages it has inflicted in its first month of invasion, according to a Kyiv School of Economics estimate. But Russia said Friday it will now concentrate its military focus on Ukraine’s eastern Donbas region.
Ukraine isn’t giving up the Donbas without a fight. “Ongoing logistical shortages have been compounded by a continued lack of momentum and morale amongst the Russian military, and aggressive fighting by the Ukrainians,” Britain’s Ministry of Defense said early Monday. “Russia has gained most ground in the south in the vicinity of Mariupol where heavy fighting continues as Russia attempts to capture the port.”
Capturing Mariupol would give Russia a land corridor to Crimea, which it took from Ukraine in 2014, and free up forces to push west toward Odessa, once “one of the largest and most cosmopolitan cities in the Russian empire” and a city “has shown significant pro-Russia feelings in the recent past,” but no more, The Associated Press reports. “The seizure of Odessa and the strip of land farther west also would allow Moscow to build a land corridor to the separatist Trans-Dniester region of neighboring Moldova that hosts a Russian military base.” This post was originally published on this siteJust nine unscripted words put an already jittery world on edge again.