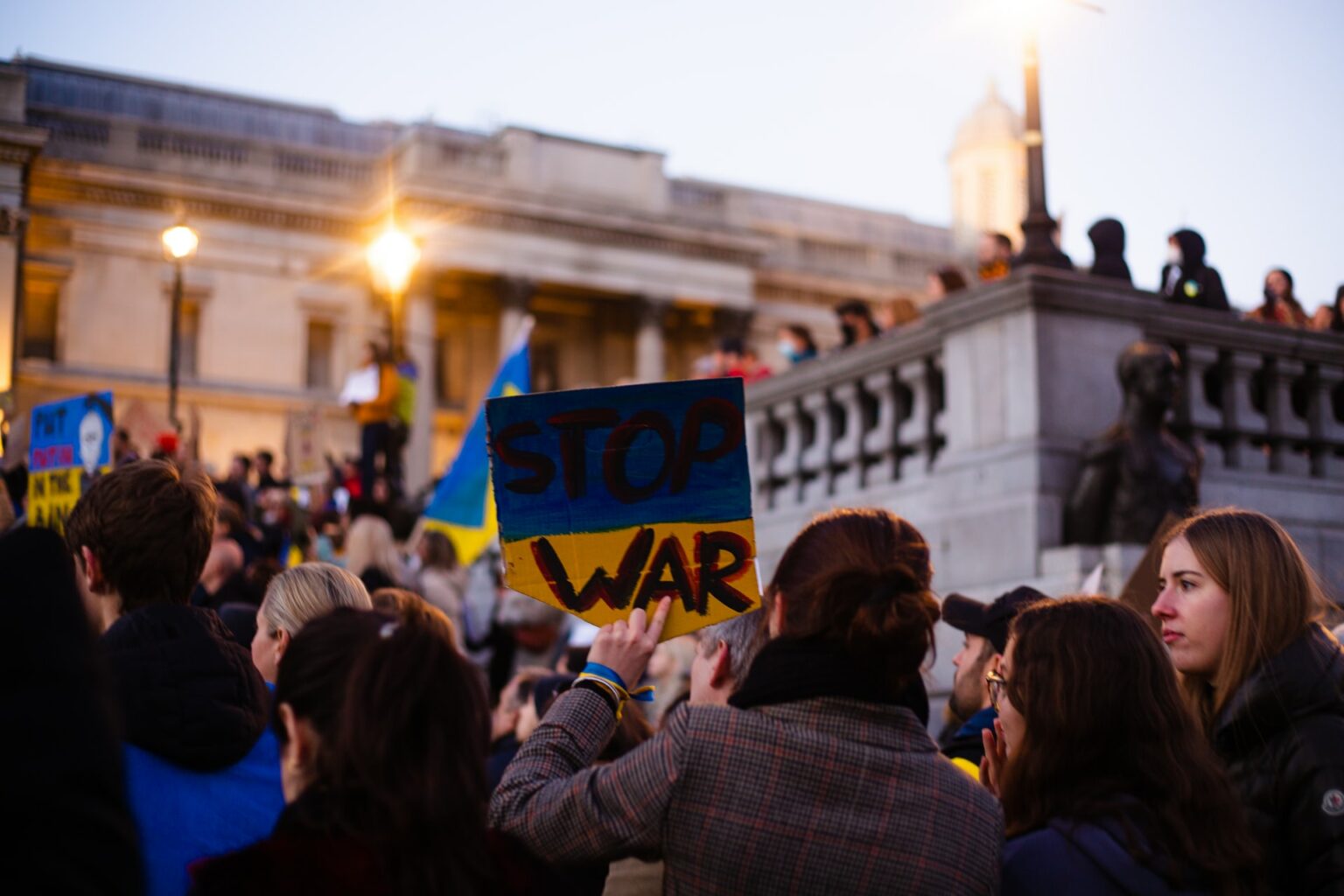 [vc_row][vc_column][vc_column_text]Another round of Russia-Ukraine peace talks begin Friday. Following a week of mixed messages and reports of misinformation trickling upward through the highest levels of the Kremlin, the United States and our European allies are paying more attention to Russia’s actions than its words.

“Let’s just see what they have to offer,” said President Biden of Russia on Tuesday. “We’ll find out what they do.”

On Tuesday, Russia’s military had announced it would “fundamentally” scale back operations near Kyiv, Ukraine’s capital, and Chernihiv, another city in the North, with Deputy Defense Minister Alexander Fomin saying the move was meant to increase trust in ongoing negotiations to bring the month-long war to a halt.

But the very next day, Chernihiv suffered an intensified round of bombings, as did the suburbs surrounding Kyiv.

Ukrainian President Volodymyr Zelensky responded that Russian promises of a drawdown are “just words”, and said his forces were preparing for renewed strikes in the hotly contested Donbas region. A day later, hailing progress, Zelensky said his military had reached a “turning point” in its efforts to repel invasion by Russian forces.

Jim Walsh, Senior Research Associate for MIT’s Security Studies Program, tells Political IQ that Russia’s military is correcting the mistakes it made at the start of the invasion, when it spread itself too thin. “They went in with a force distribution that is, ‘so many troops here and so many troops there,’ with an expectation about how the battle would go, and they were wrong,” he says. “So now they consolidate their forces into a smaller number of places, and sort of do this one at a time.”

In other words, Russia ground forces are “regrouping.” The Pentagon says some 20% of Russia’s troops have started to reposition from Kyiv to other areas of Ukraine. In the meantime, the Russian military is also focusing on areas in the East and the South  where they’ve “encircled” Ukrainian troops, according to Walsh. What happens next is in question. “Ukraine seems to be holding a lot of forces in reserve. So what are those forces going to do? Are they going to go save their brothers and sisters who are encircled, or do they get de facto partitioned?”

In fact, there have been reports this week that Russian President Vladimir Putin might be seeking to split Ukraine in two, emulating North and South Korea. Walsh doesn’t foresee that happening—or at least, he doesn’t foresee anything like it being recognized on the world stage.

“North Korea, the DPRK, they were a state. They existed in the U.N. They were a voting member,” he notes. He believes there’s “no way” Russia gets a broken-off Donbas region recognized in the same way. “What [Putin] did in Georgia has never been recognized as part of Russia, and it’s just an excuse for sanctions to linger.”

Besides, it’s not very likely Ukraine would agree to such a scenario. “There is no independent republics on the territory of Ukraine,” Oksana Markarova, Ukrainian Ambassador to the U.S., has stated firmly. “I think we shouldn’t ask Ukraine what we are ready to give up in order for Russia to stop this aggression. All of us should be asking each, ‘What are we prepared to do to stop it?’”

Meanwhile, the Pentagon is “concurring” with reports this week, citing U.S. officials with declassified intelligence, that Putin is likely being “misinformed” about the war and his military’s progress.

Assistant to the Secretary of Defense John Kirby said Wednesday, this could create a “particularly perilous” situation. “If Mr. Putin is being kept in the dark by his Ministry of Defense, when he does learn the truth, when he actually begins to realize how badly his military is doing in Ukraine, you don’t know what kind of reaction that’s going to cause in him, so there’s a real potential here for potential escalation.”

“If the pictures are reality of him sitting at a table by himself waiting for everyone, and everyone is a ‘Yes’ person because they don’t want to be poisoned if they disagree,” notes Walsh, “if that’s the case, and he is in a bubble, then the war could persist for a while.”

What Ukraine Brings to Peace Talks

Zelensky has said he’s open to a neutral status for Ukraine, which would mean dropping any ambitions of joining NATO, and thus making it a buffer state between Russia and the Western military alliance. He’d also make Ukraine nuclear weapons-free nation.

Kremlin spokesperson Dmitry Peskov has said that a deal for a neutral Ukraine could be viewed as “a certain kind of compromise.”

But Senator Angus King (I-ME), on the Intelligence Committee and just back from a trip to Poland, has doubts about the Ukrainian people wanting to concede even an inch at this point. “I’ll tell you, the Ukrainians are absolutely determined,” he told CNN Wednesday. “When we met with them in Poland they were so fired up about winning this war. I leaned over to one of my colleagues and I said, ‘Zelensky is going to have trouble selling a compromise because the Ukrainians want to just flat-out beat them.’”

Ambassador Markarova put it this way, “If Ukraine loses it, it’s not only Ukraine’s loss. It means that brutality, oligarchy and war criminals prevail on our planet.”

Read the latest news about Russia and the Ukraine.