French President Emmanuel Macron on Monday said “his wish” is to see the European Union enact a total blockade on Russian oil and gas “this week” in response to Moscow’s “war crimes” in the Ukrainian town of Bucha, a Kyiv suburb. There are “very clear signs of war crimes” in Bucha, and “it’s pretty established that it’s the Russian army” that was responsible for the massacre of civilians in Bucha, Macron told French broadcaster France Inter. “We can’t let it slide.”
“It’s notable that Macron didn’t mention targeting Russian gas, which accounts for about 40 percent of the EU’s natural gas imports,” BBC News reports.
Germany, which has been reliant on Russian gas imports, has been resistant to an energy blockade, even as it has supported other hard sanctions on Russia and even provided Ukraine arms. But German Defense Minister Christine Lambrecht said Sunday that the EU should at least discuss pulling the plug on Russian gas imports, one of Europe’s last major financial lifeline for Moscow.
Lithuania, which was nearly 100 percent reliant on Russia for gas in 2015, said late Saturday that it has now cut itself off entirely. “Seeking full energy independence from Russian gas, in response to Russia’s energy blackmail in Europe and the war in Ukraine, Lithuania has completely abandoned Russian gas,” Lithuania’s energy ministry said. Lithuania started the weaning process in 2014, building its own liquefied natural gas import terminal in Klaipeda.
“From this month on — no more Russian gas in Lithuania,” Lithuanian President Gitanas Nauseda tweeted Saturday. “Years ago, my country made decisions that today allow us with no pain to break energy ties with the aggressor. If we can do it, the rest of Europe can do it too!” Lithuania’s Baltic neighbors Latvia and Estonia also stopped importing Russian gas as of Saturday, though they are currently relying on gas reserves stored underground in Latvia, The Associated Press reports.
Macron said he will bring up the Russian oil and coal ban and other sanctions with France’s European partners, “especially Germany, this week. “Those who are behind these crimes must answer for them,” he said. “We must send the signal very clear that it’s our collective dignity and it’s our values that we defend.” 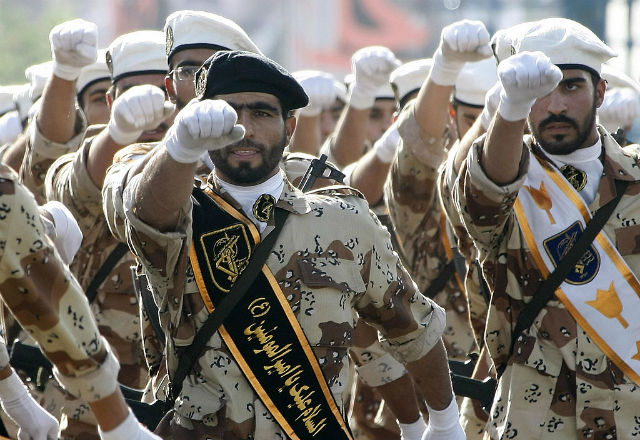 This post was originally published on this site Congressional Republicans are spearheading a legislative effort to bar the Biden administration from lifting terrorism sanctions on Iran’s Islamic Revolutionary Guards Corps (IRGC) as part of a new nuclear agreement with Tehran, according to a copy of a new bill obtained exclusively by the Washington Free Beacon. […]

Russia’s Push Into Crypto Is a Big Step Backwards

This post was originally published on this siteThe country is moving toward a tiered financial system, using rubles for enemies and bitcoin for friends. But it’s tried – and failed – with this approach before.

Why Pakistan’s Leader Is Facing the Risk of Ouster

This post was originally published on this siteFirst elevated to power in 2018 elections, Pakistan’s Prime Minister Imran Khan has been widely seen as closely allied with the country’s powerful military, which until then had ruled the country for almost half its existence. Now, he appears to have lost some of the backing of this […]