Aid to Ukraine: Should the World Do More? 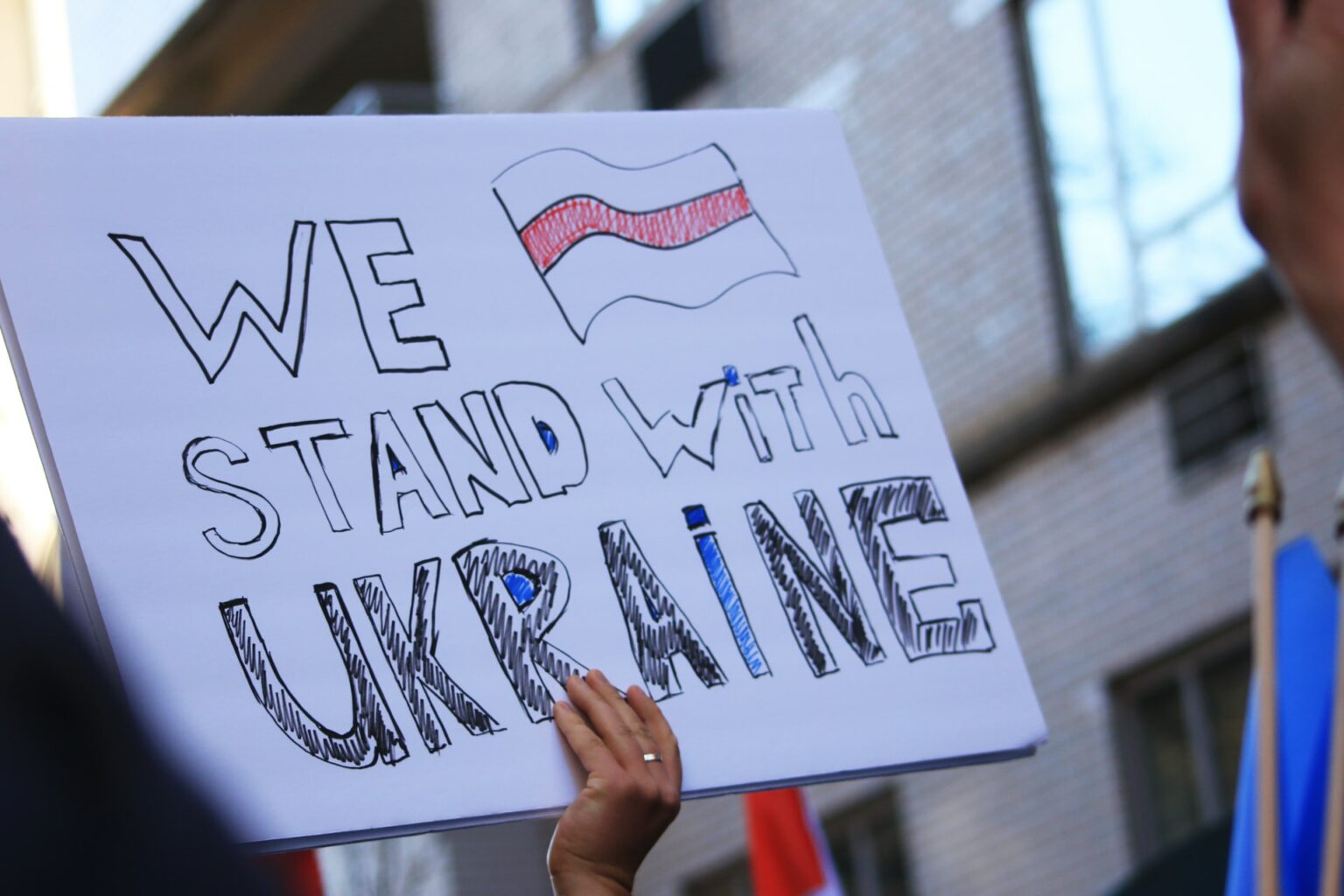 [vc_row][vc_column][vc_column_text]As teams of investigators piece through the Kyiv suburb of Bucha and document the extent of human atrocity left behind by Russia’s military, they and international organizations are being forced to reevaluate what it means to aid Ukraine in its battle against Russia’s unprovoked invasion.

“I don’t understand why NATO doesn’t come in and create a humanitarian corridor in some of the places like Chernihiv and to the West,” Daniel Bilak, former Chief Investigative Advisor to the Prime Minister of Ukraine, said Monday on MSNBC. He’s a Canadian national who stayed in Ukraine to help its military fight the Russians and has been calling for more help from NATO.

Humanitarian corridors, or safe passage for civilians in war zones, were first enacted during World War II when 10,000 children were taken out of Nazi-controlled countries on so-called “kindertransports.” The Geneva Conventions then established protocols for humanitarian corridors in 1949.

Just this week, Russia allegedly agreed to several corridors with Ukraine, but Russia has previously fired upon Ukrainian civilians in these supposedly safe passages.

Last month, NATO Secretary-General Jens Stoltenberg said humanitarian corridors were the “bare minimum” of what Ukraine needed—but he fell short of saying NATO would take part in establishing any.

“The problem with setting up the humanitarian corridor is that it’s enforced militarily. And NATO enforcing anything on their own brings that alliance in direct conflict with Russia,” Jonathan Wachtel, former Director of Communications for the U.S. Mission to the United Nations, tells Political IQ. “So unfortunately, that would be perceived by the Russians as a direct act of war.”

Rebecca Grant, National Security Analyst with IRIS Independent Research, points to something even more fundamental. “President Zelensky has never asked for NATO ground forces,” she says. “Zelensky has to put out a request, and NATO has to agree to give them.”

Even with that in mind, Michael Bennet (D-CO), a member of the Senate Intelligence Committee, said last Thursday on CNN that humanitarian corridors are “something that has to be reconsidered literally every single day of this conflict,” adding that it’s a “delicate balancing act” between “leaving things off the table” and “inadvertently setting off World War III.”

In the meantime, the Pentagon has committed more than $1.6 billion in security assistance to Ukraine since Russia first invaded on February 24. The most recent package includes $300 million in military aid.

Grant says the U.S. is finally getting Ukraine the kind of weaponry it needs–heavy artillery. “They’ve been doing a lot of moving around in light vehicles,” she explains. “We’ve asked them to use hit-and-run tactics against a very heavy armor force. They’ve done brilliantly, but now they need some heavier weapons to continue that fight rapidly.”

Grant says tanks are what they need, especially since the Ukrainians now have to face more entrenched Russian forces on at least three major points. The new $300 million procurement package gives U.S. authority to purchase T-72 tanks from the Czech Republic and other heavy equipment, according to Grant.

Aid to Ukraine: Should the World Do More? https://www.politicaliq.com/2022/04/07/ukraine/ #RussiaUkraineWar #sanctions #Russia #fy

The UN Calls Out Russia

The atrocities in Bucha have also sparked action at the United Nations. On Thursday the 193-member General Assembly voted to suspend Russia from its position on the Human Rights Council. This followed calls from U.S. Ambassador to the UN’s Linda Thomas-Greenfield, who said on Tuesday, “Not only is this the height of hypocrisy, it is dangerous. Russia is using its membership on the Human Rights Council as a platform for propaganda to suggest Russia has a legitimate concern for human rights.”

Wachtel says Russia was just one of several nations with “appalling” human rights records on the Council because they get voted on by the General Assembly, and “the decision-making is so often just wheeling and dealing between capitals in terms of geopolitics as opposed to really caring about human rights.”  Syria was on it at one time, as was Venezuela.

Wachtel says a vote like this can be “useful” because it further isolates Russia and sends a message that “on the international stage their policy is looked upon in a terrible light.”

More Sanctions from the U.S. and Europe

On Wednesday the U.S. announced another round of sanctions against Russia. They target Russia’s largest financial institution and its largest private bank. They ban all new investments from the U.S. into Russia. Further, they sanction Russian President Vladimir Putin’s two adult daughters—in case he’s hiding any of his assets with them. Foreign Minister Sergei Lavrov’s wife and daughter were also sanctioned.

The UK on Wednesday banned imports of Russian coal, one day after the EU imposed a Russian coal ban.

“Financial sanctions where some of their banks have shut down, those tend to be really strong early, then dissipate over time,” says Jim Walsh, Senior Research Associate for MIT’s Security Studies Program. “And then cutting off stuff like oil or that sort of thing, that takes a while to do. So that effect tends to come later rather than earlier.”

He says what we’ve learned from sanctioning Iran and North Korea is that in the immediacy, sanctions cause “political shock.” They’re more of a “long-term game.”

Are Calls to Prosecute Putin as a War Criminal a Distraction?

Also this week, President Biden called for evidence to be gathered to put Putin on trial for war crimes, which are prosecuted at the International Criminal Court, or the ICC, located at the UN. “This guy is brutal, and what’s happening in Bucha is outrageous and everyone’s seen it,” Biden told reporters. “He should be held accountable.”

However, says Wachtel, “While it’s understandable to be looking at these images and to feel a sense of helplessness and horror, as a policy we all know that the wheels of justice grind slowly.”

He points to the war crimes trial against Ali Kushayb, the suspected leader of the Janjaweed militia in Darfur. It’s only just getting underway—for atrocities that occurred in 2003-’04.

“So, the immediate need is to try to stop the fighting, and that is to address the conflict head-on with sanctions and military support for the Ukrainians,” says Wachtel. “Yes, you can talk about gathering evidence for a human rights trial down the road, but that’s a long road and a slow-moving vehicle, and we don’t have time for that now.”

Grant concurs, “I agree Putin’s a war criminal, but I don’t want U.S. policy distracted from task number one, which is helping Ukraine rapidly defeat the Russian Army.”

She adds that the Ukrainians ought to be given everything they want and need at this point. “Zelensky’s doing the world an immense service. If he can defeat Russia on the battlefield in Ukraine, Europe is safer for a generation. So is the world.”