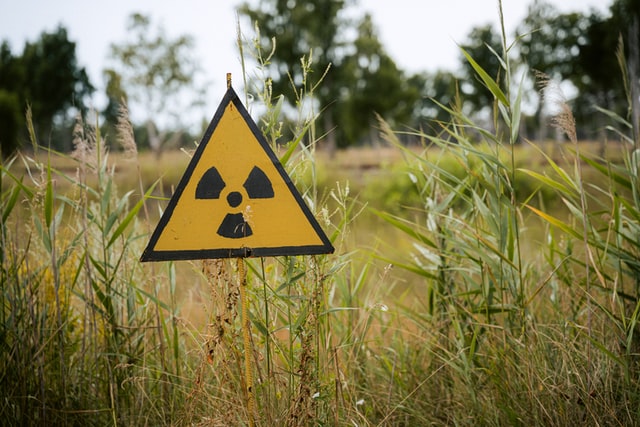 [vc_row][vc_column][vc_column_text]U.S. and European negotiators have been warning for weeks that talks to strike a new nuclear deal with Iran cannot be prolonged much longer because of advances in Iran’s uranium enrichment. The U.S. and Iran are blaming each other for an impasse in negotiations, but Russia is doing its own part to slow down the process.

Iran Closes in on Nuclear Capabilities

Both the U.S. and Iran reportedly want a new nuclear agreement—Iran because it would like to have its crippling economic sanctions lifted, and the U.S. because it does not want Iran to have nuclear weapons capabilities.

Joel Rubin, former Deputy Assistant Secretary of State who served in both the Bush and Obama Administrations, tells Political IQ that Iran is right now within “much less than 12 months” before reaching the capacity to enrich uranium, test and “claim they have nuclear weapons capacity.”

This is because ever since President Trump unilaterally pulled out of the Joint Comprehensive Plan of Action (JCPOA) in 2018, Iran has been in “extreme, egregious” violation of the pact, according to Rebecca Grant, National Security Analyst with IRIS Independent Research.

“The percentage of uranium enrichment has gone from what they’re allowed which is about 3%, and they’re now at like 70%,” she says. “And they’ve kept the UN inspectors out. They’ve lied about the sites they have. So their behavior has been terrible since the U.S. left the deal.”

Talks to renew a modified version of the 2015 deal, agreed to by Iran and the permanent five UN Security Council nations, plus one, or “P5+1”—the U.S., the UK, China, France and Russia plus Germany—began a year ago this month by the Biden Administration.

With Russia as one of the original signatories in the JCPOA, experts are at odds as to whether Moscow’s approval in a revised deal is legally required.  At the same time, Iran may not want to go forward without Moscow’s—and Beijing’s—thumbs up.

Russia is attempting to use this positioning to its own advantage.

Last month, Moscow tried to get some of its own economic sanctions lifted as part of a new agreement. “There was initially a thought, oh, they could maybe lift certain sanctions for participating,” says Rubin. “That didn’t go anywhere. Russia came in seeking leverage, this moment, for its own benefit, and didn’t really succeed. Even Iran told them, no.”

Russia did succeed in making the process take longer, which Rubin points out, “In diplomacy that can be a problem. What they did was they harmed the diplomatic track.”

“Iran is way out of compliance [of the 2015 agreement] with their nuclear material,” says Grant. “They started enriching uranium, and there’s now a problem with what to do with all the nuclear material they’re not supposed to have that is at multiple sites.”

Enter Russia again. Part of the JCPOA included a “transactional component,” according to Rubin, where Iran’s enriched uranium would be transported to Russia—for a fee. Despite the massive sanctions against Russia in response to its invasion of Ukraine, after some debate, “that part is still going forward.”

With Russian energy being sanctioned by the U.S. and many allies, Iran, the holder of the world’s second largest gas reserves, might be eager to fill that void. Analysts estimate that lifting its sanctions could boost Iran’s crude output by 1.2 million to 1.4 million barrels per day.

“Iran would love to get that oil gusher turned back on,” says Grant. “Given the restrictions on Russian oil, Iran should have even more incentive to get its own sanctions lifted, so Iran ought to be giving in because they’d make a ton of money adding to the world market. And that should give the P5 a better position to make Iran give concessions.”

Russia’s Threat of Nukes Underpins Urgency for a Deal

Rubin recently argued that Russia’s threat of using nuclear weapons in Ukraine shows how crucial it is to prevent nations like Iran from getting the same power. Conversely, if Putin prevails in Ukraine, it will only incentivize other would-be nuclear nations to expand their pursuits.

Meantime, Rubin tells Political IQ, it’s precisely because of Iran’s bent toward terrorism that we should engage them in diplomacy. “It’s a fundamental requirement for American national security to prevent Iran from getting a nuclear weapon, and the diplomatic track is the single, best and only way to achieve that. If there’s no nuclear deal achieved, we will be in uncharted territory.”

He adds, “When Trump withdrew there was hope that the U.S. could come back in if a new President came in. If the diplomacy collapses this time, hope will be lost, and then we’re in a whole new zone of what will Iran choose to do.”