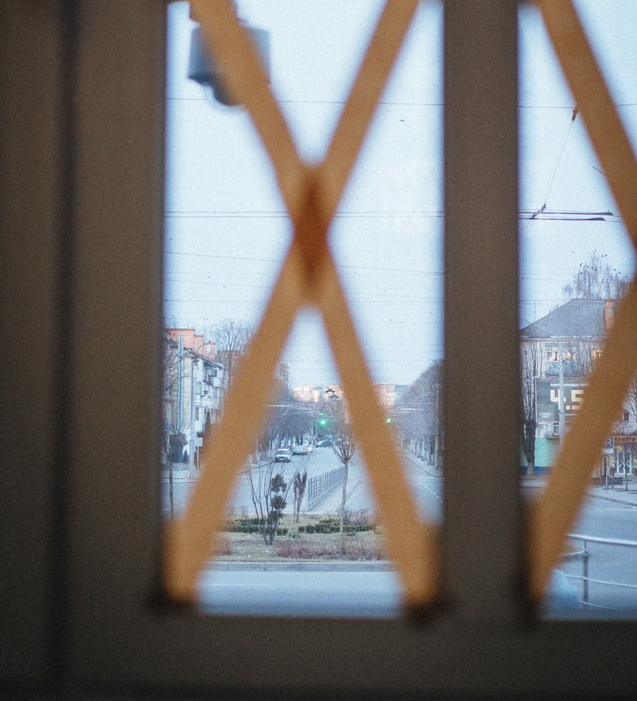 [vc_row][vc_column][vc_column_text]Ukrainian President Volodymyr Zelensky announced Monday that Russia has launched its long-anticipated Eastern offensive in its bid to seize full control over the Donbas region. In a video message, Zelensky insisted, “No matter how many Russian troops are driven there, we will fight.” But, have the U.S. and its allies adequately prepared Ukraine for what could be the war-defining battle ahead?

Strategic Attacks By Russia Ahead of Donbas Assault

The Donbas assault began just hours after Russian missile strikes in the West, targeting weapons factories, railways and other infrastructure in what military analysts say was an attempt to wear down Ukrainian resistance ahead of the offensive in the eastern industrial heartland.

It also comes as the port city of Mariupol is reportedly on the brink of falling to Russia. Russians are dropping bunker buster bombs on the steel plant where thousands of Ukrainians continue to hold out.

Mariupol is strategically important to Russian President Vladimir Putin because if he can capture it, he could secure a land bridge between Russia and the Crimea. Eilish Hart, Eurasia Program Fellow at the Foreign Policy Research Institute tells Political IQ that Mariupol has been under siege since March, and at this point is a “humanitarian catastrophe.” With no humanitarian corridors for safe passage, “people are just making a run for it—which speaks to how incredibly dire the situation is there.”

Battle for Donbas Result of “Gross Miscalculation” By Putin

Retired U.S. Navy Captain Chuck Nash says Putin is “consolidating” his forces in the Donbas after a “miscalculation based on grossly inaccurate intelligence” in the early days of the invasion, when he ordered a massive multi-directional attack across the Ukraine, spreading out his forces to the point where they were basically “useless.”

“The one thing that he really wants is that land bridge to the Crimea,” says Nash. That means “absolutely, positively securing everything from Luhansk and Donetsk down to the Crimea, Mariupol in the South and that highway that runs along the Sea of Azov. If everything else turns to crap but he gets the one thing he wants out of this, by God, he’s going to get it by piling on and doing this massive push.”

Have U.S. and Allies Given Ukraine All They Need?

volodymyrzelensky: US #militaryweapons for #Ukraine “… will never be enough. Enough is impossible… ” #Russia #militaryaid #fy

The Biden Administration has committed $3.2 billion in military aid to Ukraine, $2.6 billion of which has come since Russia invaded in February. Last week, the Pentagon unveiled an $800 million military aid package that included 155mm howitzers, which Pentagon Press Secretary John Kirby touted it as “reflective of the kind of fighting that the Ukrainians are expecting to be faced with here in this more confined geographic area” in the Donbas.

Kirby said the Pentagon is also instructing Ukrainian trainers off-site on the howitzers, which he expects to go fairly quickly because it’s similar to artillery systems with which the Ukrainians are already familiar.

Barry R. Posen, Director Emeritus of the MIT Security Studies Program, says Ukraine has been looking for “a good answer to Russian long-range artillery,” and the Switchblade drones in this package are a “quick solution” to that, as opposed to some other long-range artillery that the Ukrainians have been asking for but are not trained on. “Their Air Force is small, they can’t really reach very deep with that,” he adds.

Why Ukraine Is Asking for More

“Of course we need more, but I’m happy that [President Biden] is helping us now,” Zelensky said on Sunday. But he added, “It will never be enough. Enough is impossible. There is a full-scale war ongoing today, and we still need a lot more than what we have today.”

Posen has another theory as to why Ukraine asks for weapons its military can’t get up to speed on quickly enough to use against Russia. “They’re imagining a fight after this one,” he suspects. “If the Russians fail, they’d be able to counterattack and take back real estate.”

But he believes there is more weaponry they could be getting that they’re not—particularly from our former Soviet allies. “There are a lot of Eastern European NATO members who still have Russian-caliber guns, have Russian ammo stocks,” he says. He adds that these same countries have “stocks of older Russian pattern tanks that have been modernized a bit over the years” which are the same tanks the Ukrainians use. “I think we can prevail upon these Eastern European allies to provide some of those systems to Ukraine.”

According to Nash, what the Ukrainians could really use from us is more intel. However, it’s a precarious undertaking. “You don’t know who’s who on the other side,” he warns. He goes on to explain that the U.S. has been building a cache of classified information against Russia for its own purposes, so now it has to decide what, if any of it, is crucial for the Ukrainians’ present battle, versus what to keep secret for our own national interests. “I think we’re probably keeping our powder dry because, yes, we want to see the Ukrainians prevail but those plans have taken a long time to put in place,” he says.

End Game: Is Putin Pushing for a Victory Date?

There is some talk that Putin would like to declare some sort of victory on May 9th, a Russian holiday celebrating the anniversary of the Soviet victory over Nazi Germany.

“I think from Putin’s standpoint May 9th would be a terrific thing, where he could say he has ‘eliminated the Nazi threat’ from Eastern Ukraine,” says Nash.

If, by then, he has established the land bridge between Crimea and Russia, he will have “probably done in his mind the next best thing” to taking Ukraine,” Nash surmises.

But does that mean he’d be willing to enter negotiations—and would the Ukrainians? “If there is an opportunity to speak, we’ll speak,” Zelensky said Sunday. “But to speak only under a Russian ultimatum, it’s then a question of their attitude towards us, not about whether the dialogue is good or bad, it’s impossible.”

“It’s a very tragic and horrible thing to say, but it doesn’t look like these two sides have fought long enough to be even close to having an agreement,” says Posen.

Adds Hart, “It’s hard to imagine them sitting down at the negotiating table when one side, the Ukrainian side, is saying, ‘We’re at war,’ and the Russian side is saying, ’It’s just a military operation.’ They’re already at a starting point where they’re not agreeing what they’re negotiating about.”