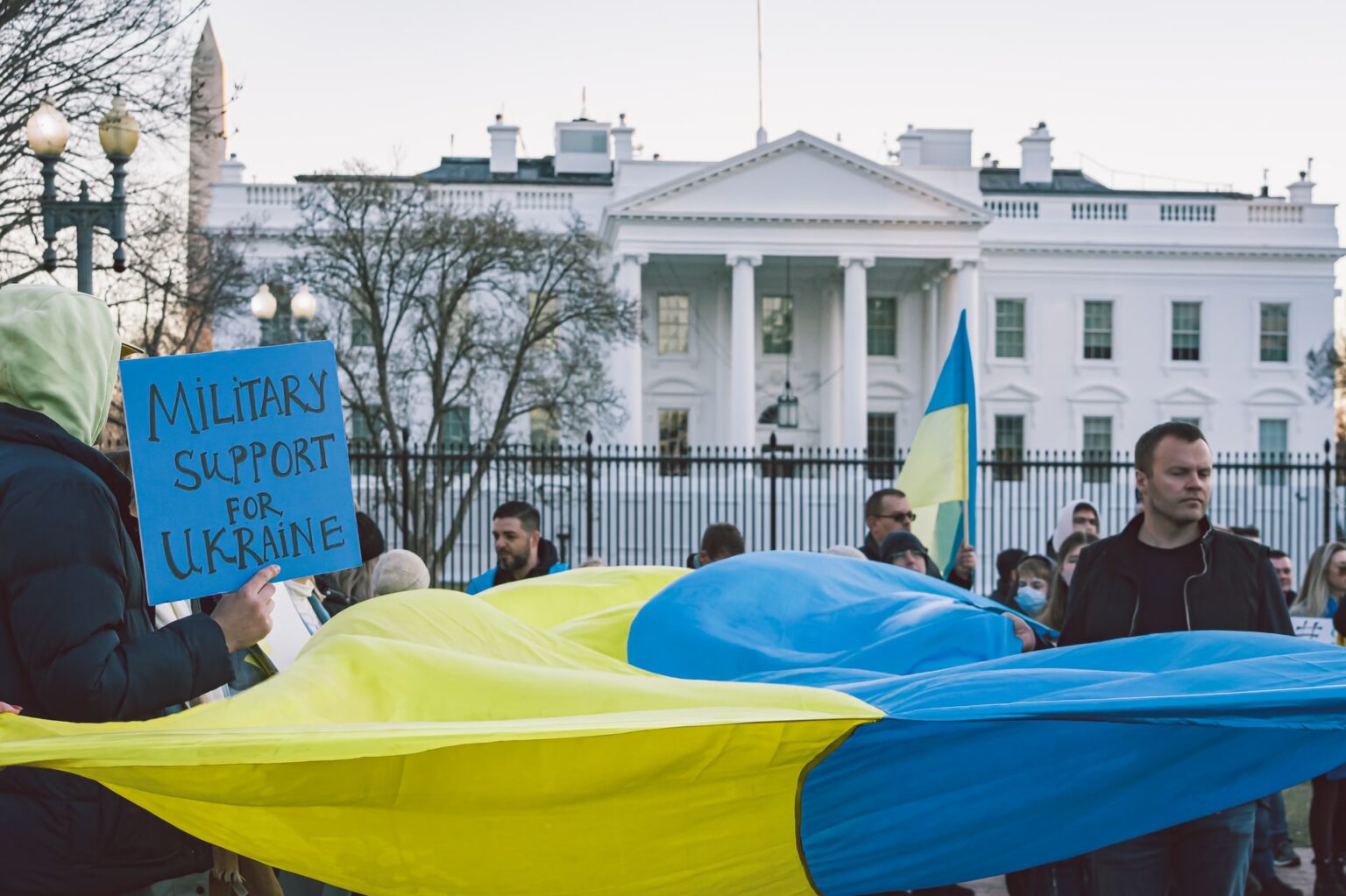 [vc_row][vc_column][vc_column_text]As the invasion of Ukraine enters a “critical” phase of fighting, Defense Secretary Lloyd Austin continues to up the rhetoric against Russia following a meeting he and Secretary of State Antony Blinken had Sunday with President Volodymyr Zelensky and unveiling a brand new $700 million+ military aid package. Austin said Tuesday that the U.S. and Western allies will “keep moving heaven and earth” to help Ukraine defeat Russia against its unprovoked invasion.

His remarks come alongside those of Chairman of the Joint Chiefs of Staff General Mark Milley, who stated ahead of a meeting with dozens of NATO and non-NATO defense leaders that the next few weeks will be “very, very critical” in the battles taking place in Ukraine’s Southern and Eastern regions.

Austin and Blinken arrived at their meeting with Zelensky set to commit another $713 million in new military financing for Ukraine and 15 other nations in Eastern Europe. This would bring the total U.S. military commitment to $3.7 billion since Russia invaded on February 24.

“Some of it’s items and some of it’s money to go buy stuff from other NATO partners, the old Soviet style ammunition or systems that Ukraine uses a lot of that we can’t give them,” Rebecca Grant, National Security Analyst with IRIS Independent Research, tells Political IQ. “That’s good because it means they can buy just exactly what they need.”

Zelensky remarked Monday that the U.S. has given “unprecedented assistance” to Ukraine. He offered thanks to President Biden and to “all the American people, as well as the Congress for their bicameral and bipartisan support. We see it. We feel it.”

Along with the new package, that $3.7 billion has, to date, included hundreds of “Switchblade” drones, some 80 howitzers and 144,000 rounds of ammunition.

The U.S. contribution also includes Javelin missiles and Stinger anti-aircraft systems, which were used to shoot down Soviet planes in Afghanistan in the 1980s. And Grant notes that because these weapons were invented—and often produced—back in the ’80s, the Pentagon won’t be too worried about some of them inevitably falling into Russian hands, despite every effort by the Ukrainians to see that it doesn’t happen.

“Weaponry is important but there are other things that win wars,” Jim Walsh, Senior Research Associate with the MIT Security Studies Program is quick to caution. Number of troops, how well trained they are, how easy a weapon is to learn to use, and whether your army “enjoys a geographic advantage or disadvantage” are all important factors.

The Russians are “still fighting on Ukrainian territory,” former U.S. Ambassador to NATO, retired Lieutenant General Douglas Lute said Sunday. “I give the qualitative edge, the moral factors, the plus to the Ukrainians.”

“Tactics matter,” adds Walsh. “The Russians totally messed it up, tactics wise, when they started out. They had more weapons, they had more people. The Ukrainians hadn’t even mobilized, and they still screwed it up.”

Lute said Sunday it was those “long, exposed supply lines” that led to Russia’s failing to take Kyiv in “phase one” of the war. But “the Russians largely have a land bridge now between mainland Russia and the Crimean Peninsula, which is important because after the Russians seized Crimea in 2014, Crimea was largely isolated, very difficult to resupply and so forth.”

However, Lute added, seizing that territory is not the same as holding it. “They’re still in for a fight in the South.”

“Putin will not stop with Ukraine. Everybody should understand that,” former Ukrainian President Petro Poroshenko warned Monday.

In fact, Russia may already be eyeballing its next target. Rustam Minnekayev, Deputy Commander of Russia’s central military district, said Friday that the Kremlin’s plan is to take full control of the Donbas and the Southern part of Ukraine—and that securing the South “is another way to Transdniestria, where there is also evidence that the Russian-speaking population is being oppressed.”

Transdniestria is a separatist enclave in Moldova, a nation of little more than 13 thousand square miles, landlocked between Ukraine and Romania. Moldova is not in NATO, nor is it a member of the EU. It applied for EU membership the week Russia invaded Ukraine, but so far it only has EU Civil Protection, which offers it limited assistance.

Right now, though, Grant believes Moldova is a “big reach” for Russia. “I think linking up to their buddies in the Transdniestria region is still a very difficult military task,” she says. “Remember, they didn’t do very well trying to link up in Kyiv, so they still have a lot of Ukraine there to push back against. So they may want that, but I think that’s pretty ambitious for them from where they are today.”

Walsh says that Austin “said the quiet part out loud” when the Defense Secretary admitted the goal was to see “Russia weakened to the point where it can’t do things like invade Ukraine.”

“For sure it’s a realistic objective,” says Walsh. “Take out every piece of equipment, every soldier—I feel bad about that, but under the laws of war that’s what you’re permitted to do—because whatever Putin doesn’t have after this is less he’ll have moving forward.”

“The moment that we win this war,” Ukrainian Foreign Minister Dmytro Kuleba said Tuesday, “I will say the United States did everything they could, and everything was enough to achieve this victory. And this victory will be for us, but also for you and all other democracies across the globe.”