How Far Will Putin Go for Russia’s May 9 “Victory Day” Holiday? 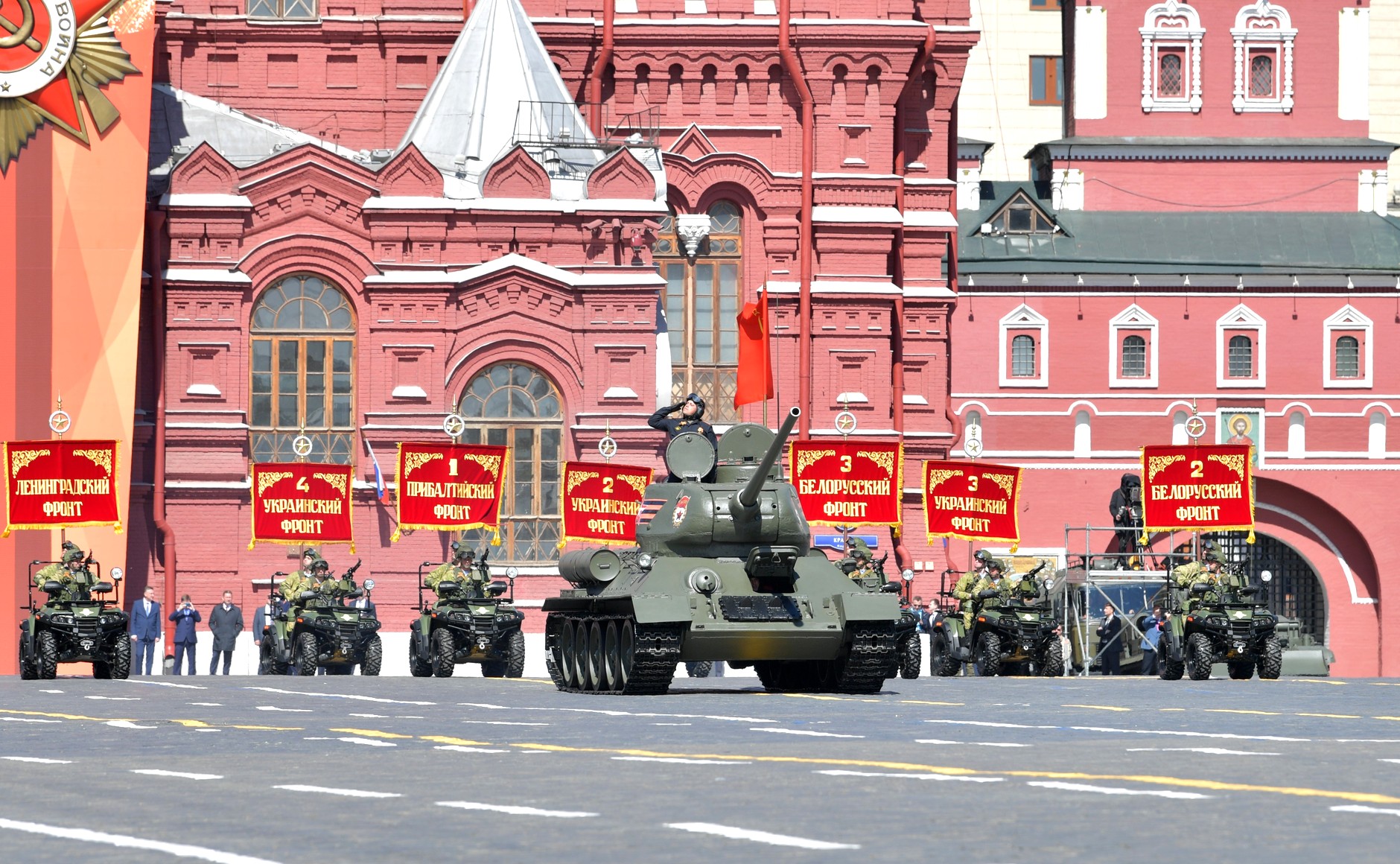 [vc_row][vc_column][vc_column_text]Ukraine and the world are bracing for a possible “big announcement” when Russian President Vladimir Putin makes his annual speech Monday to mark Russia’s 77th “Victory Day,” commemorating the Soviet Union’s defeat of Nazi Germany in World War II. But with the battle to take Ukraine’s Donbas region going far slower than expected, speculation has […]

Problems With the Supply Chain Began Before the Pandemic. Here’s What Biden Can Do About It. This post was originally published on this site  Politicians, the Federal Reserve, and Fed and administration apologists like to claim that the inflation we face is caused by supply constraints. This claim goes against the facts on the ground. According to the World Trade Organization, even though there was a collapse in trade at the […]

US could be ‘global outlier’ if Roe v. Wade is overturned. How do other nations handle abortion? 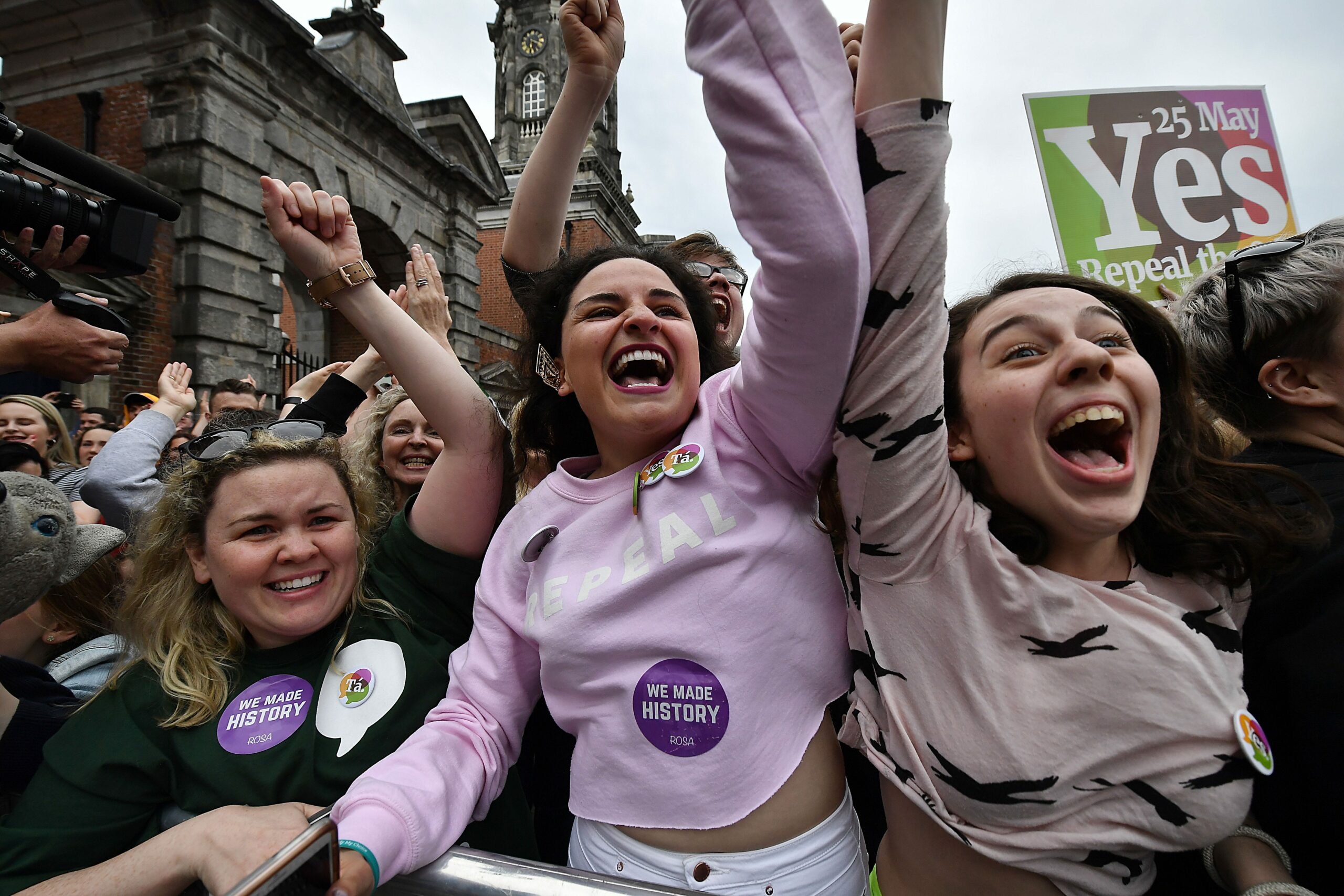 This post was originally published on this siteIn the past three decades, 60 countries have made abortion laws more liberal. The US could join the handful that have increased restrictions.

Rising rates will cool the housing market. But a crash is unlikely.

This post was originally published on this siteHome sale prices are up 40 percent since the start of the pandemic. But with mortgage rates increasing, the days of such rapid price growth are almost certainly over.

Understanding the pros and cons of the Fed’s rate hike The Federal Reserve is going on offense against inflation. Fed Chairman Jerome Powell on Wednesday announced the biggest interest rate hike in two decades, and experts expect the Fed to raise the rate even more in the coming months.
“The Fed’s suite of policy changes underscored that the central bank is serious about cooling down the economy and the job market,” The New York Times reports. “Officials have grown increasingly nervous that price increases, which have lasted longer than many economists had expected, could become more permanent.” Here are some ways the rate hike could help or hurt the economy — and your wallet.
Pro: The Fed has finally abandoned its earlier caution
“For most of 2021, the Fed viewed surging inflation as a temporary problem that would go away on its own,” Neil Irwin writes at Axios. “They were late, but they’re aiming to make up for that by moving fast.”
Indeed, it’s “better late than never,” according to Desmond Lachman at 1945, noting that “the Fed’s abrupt policy U-turn is good news in that it reduces the likelihood that we will return to the inflation of the 1970s.” Still, the Fed is essentially declaring “war on inflation it caused,” and it doesn’t mean Americans will be able to fully manage to avoid “paying a heavy price” for “past policy mistakes.”
Con: Raising interest rates could tip the economy into recession
While Powell aims to “tame roaring inflation,” there is growing concern that the “Fed will manage to orchestrate a so-called ‘soft landing’ — lowering prices without damaging the economy,” Claire Ballentine and Charlie Wells write at Bloomberg. “As those questions swirl, financial advisers say it’s a good time to prepare for a possible financial downturn.”
It’s true that “every time the Fed has hit the brakes hard enough to bring down inflation in a meaningful way, the economy has gone into recession,” Alex Domash and Lawrence H. Summers write at The Conversation. “In our assessment, the inflation problem facing the Fed today is substantial and unlikely to be resolved without a significant economic slowdown.”
Pro: It’s a good time — or better, at least — to save money
“The federal funds rate, which is set by the central bank, is the interest rate at which banks borrow and lend to one another overnight. Although that’s not the rate that consumers pay, the Fed’s moves still affect the borrowing and saving rates they see every day,” said Jessica Dickler at CNBC. “While the Fed has no direct influence on deposit rates, they tend to be correlated to changes in the target federal funds rate. As a result, the savings account rate at some of the largest retail banks has been hovering near rock bottom, currently a mere 0.06 percent on average.”
That should improve, at least a little. “If there’s an upside for consumers, it’s that savings accounts and certificates of deposit could provide higher yields,” Aimee Picchi writes at CBS News. But one caution: “Even with those higher rates, savers are essentially eroding the value of their money by socking it into a savings account while inflation is running above 8 percent.”
Con: Credit card payments and mortgages are going to get more expensive
Brace yourself because “your credit card’s interest rate will likely increase slightly within a couple of billing cycles,” warned Mike Winters at CNBC. Though the size of the increase can vary, a “1 percent interest rate increase will likely only add a few dollars to your monthly interest payments on a few thousand dollars of outstanding debt.”
Additionally, “rates on home loans have soared in the past few months, mostly in anticipation of the Fed’s moves, and will probably keep rising,” Christopher Rugarber pointed out at The Associated Press. “Economists say that higher mortgage rates will discourage some would-be purchasers. And average home prices, which have been soaring at about a 20 percent annual rate, could at least rise at a slower pace.”
Pro: Inflationary pressures might ease soon
“If supply chains heal and factories catch up, rising prices for cars, equipment, couches, and clothing could moderate on their own, and the Fed’s policies would not have to do as much to slow demand,” Jenna Smialek writes at the New York Times. “Many economists do expect inflation to peak in the months ahead, though it is unclear how long it will take for it to come back down” to the 2 percent annual rate the Fed usually targets.
Though many Americans feel “sour” about the current economy, “they aren’t all that worried about the price-growth problem getting worse” observed Insider’s Ben Winck. “That’s a hugely encouraging sign: When consumers anticipate higher inflation, they can up their spending in hopes of getting deals before prices climb. That surge of demand can boost price growth further and spark a vicious cycle of growing inflation fears and ever-higher prices.”
Con: Nobody really knows anything
Thanks to factors like the pandemic and war in Europe, “the Fed’s task under current conditions is extraordinarily difficult,” Bloomberg’s editors write. “Faced with such turbulence, monetary policy can only do so much. Holding the economy on a steady path of non-inflationary growth is all but impossible. The most the Fed can do is avoid making the problem worse with unforced policy errors.”
“The history of rapid inflation is that it takes a fed funds rate that is higher than the pace of price increases to break inflation,” The Wall Street Journal said in an editorial. If Mr. Powell is right that inflation is about to head downward, and perhaps rapidly, then his slow pace of tightening may pay off. But if inflation stays doggedly high, he is storing up tougher tightening decisions down the road.” This post was originally published on this siteEconomists estimate the U.S. economy posted a payroll gain of 400,000 in April, despite rising interest rates, jittery stock markets and growing fears of a slowdown. This post was originally published on this site Jill Biden’s trip to the Slovakia-Ukraine border will be her most high-profile moment yet as first lady. On Mother’s Day she meets with Ukrainian mothers and children who fled after Russia’s invasion. (Image credit: Carolyn Kaster/AP)

This post was originally published on this siteSo far Kyiv has overcome a huge maritime disadvantage, but the West needs to do more for for its naval forces in aid packages. This post was originally published on this siteAll but about 2,000 Russian troops that had been around Mariupol have left and headed north, the Pentagon announced. Friday’s latest updates. This post was originally published on this siteFormer Vice President Mike Pence on Thursday praised the draft opinion leaked earlier this week that signaled the Supreme Court could overturn Roe v.