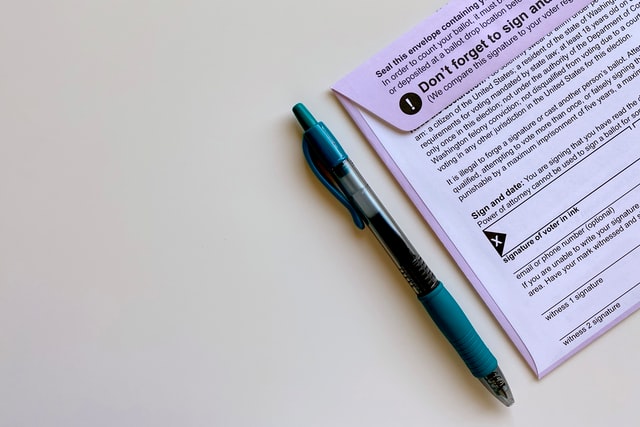 [vc_row][vc_column][vc_column_text]Reading like a page from the playbook of the 2020 (and even 2000) Presidential elections, but with a new twist, instead of challenging the opposing party’s votes, the top GOP contenders for the Pennsylvania Senate race and national party leadership are fighting among themselves over the validity of their own party’s votes.

Two GOP Candidates Within a Hair of Each Other

The voting tallies in Pennsylvania’s Republican Senate primary are so close between its two front-runners, Dr. Mehmet Oz and hedge fund CEO David McCormick, it’s all but fated that the race will head to a recount this Thursday.

By late Monday, Oz’s lead over McCormick had narrowed to less than 1,000 votes out of 1.3 million cast, with some 5,400 Republican mail-in ballots still to be counted. That’s not including provisional ballots that county election boards are now reviewing.

Further, military and overseas ballots can continue to arrive and be counted through next Tuesday, May 31, as long as they were postmarked before the May 17 election.

With absentee and mail-in ballots tilting the vote count gradually in McCormick’s favor, with him gaining about 90 votes out of every thousand, his campaign has filed suit in Pennsylvania’s Commonwealth Court to allow for the counting of ballots that were received on time but where the voter neglected to write the date they mailed it on the outside envelope.

The suit follows a ruling last week by Pennsylvania’s Third Circuit Court on a 2021 Lehigh County election. It overturned a State Supreme Court ruling that required voters to date their ballots or they’d be tossed.

The Third Circuit ruling “basically means that asking the voters to handwrite the date on the envelopes serves no material purpose,” Adam Bonin, a Philadelphia-based campaign attorney who represented a candidate in that Lehigh County case, tells Political IQ.

As of Tuesday, the Pennsylvania Department of State had advised counties to process these mail-in ballots without dated envelopes, but not yet add them to their public vote counts.

Not surprisingly, the Oz team has taken issue with the Third Circuit’s ruling and McCormick’s latest efforts. Over the weekend, Oz Campaign Manager Casey Contres issued a statement accusing McCormick’s legal team of using the “Democratic playbook,” warning it could have “long term harmful consequences for our elections in the Commonwealth of Pennsylvania.”

“This is just baseline recount law and close election strategy,” says Bonin. “By and large, when you’re down, you just want as many of the potential votes added to the hopper as possible, and when you’re up, you want to preserve your lead.”

But in this case, it’s not just one candidate versus another. Oz endorser, former President Trump—who declared victory Election Night 2020 even as votes were still being counted—took to his social media site, Truth Social, on May 18 and 19 to say, “Dr. Oz should declare victory. It makes it much harder for them to cheat with the ballots that they ‘just happened to find,’” and, “Stop FINDING VOTES in PENNSYLVANIA! RIGGED?”

Further, the Republican Party is officially going along with him. “President Trump is right, and others, that we should not have no-excuse absentee voting,” RNC Chair Ronna McDaniel said Sunday. “And we certainly do not think that ballots without dates should be counted because how do you know when they came in?”

All the ballots would have been time-stamped and postmarked, according to Bonin. “They did substantively all the things they should have done except for this one little clerical error—and one which does not affect whether they were proper, valid voters or whether their ballot came in on time.”

“The premise we should have, I believe, as Republicans is that all Republican votes count, and that’s something we’ve all, I think, held as a principle,” McCormick said upon filing his suit.

GOP Recount Is Likely – But Will Take Time

With or without those mail-in votes, a recount is almost certain to happen. In Pennsylvania it requires a difference of 0.5% in the voting tallies, and Oz and McCormick have been hovering within 0.1% of each other since Election Night.

The full recount would need to be completed by June 7, with the final results announced June 8.

There are plenty of challenges still ahead, notes Bonin. First of all, there were nine GOP Senate primary candidates in this election, not just Oz and McCormick. “62% of the votes were for these two candidates, so more than one out of every three were for someone else,” he says. “Among the remaining ones, when it gets to a recount, you have to locate mistakes. There could be tabulations errors, arithmetic errors, a number gets transposed here or there, a single machine was accidentally omitted in the count the first time.”

Those errors not only have to be identified, they have to “all break in the same direction” for one candidate to impact the outcome, he adds. “And that’s really difficult. It’s really unlikely.”

Nor is the recount the final arbiter. “If, in fact, the candidate believes that there were mistakes made in the recount, if there were rulings as to particular ballots or batches of ballots which were not according to law, then the courts are still available,” says Bonin.

Could a Change in PA’s Early Voting Practices Have Avoided This?

In Pennsylvania, election workers are not allowed to open early voting ballots until after the polls close on Election Night. Pennsylvania’s the main reason why the 2020 election wasn’t called until four days later for President Biden, and it’s almost certainly a factor in this 2022 GOP primary, as well.

Bonin believes that needs to change, as the current system puts an undue burden on the County Boards of Election. “They don’t even necessarily need to count them, but just to go through the steps of verifying that the outside envelope information is completed, verifying that these voters haven’t died in the interim, and then just the mechanical steps, opening the envelopes, opening the inner envelopes, unfolding the ballots and loading them up for the machines. That all can be accomplished before Election Day without any effect on the integrity of the votes.”

As for the drama of the Oz/McCormick primary—or other similarly close elections—he says, “It would still be close at this point, regardless. But you wouldn’t have this drip, drip, drip of additional votes which dishonest people could use to cast doubt upon the fairness of the process.”