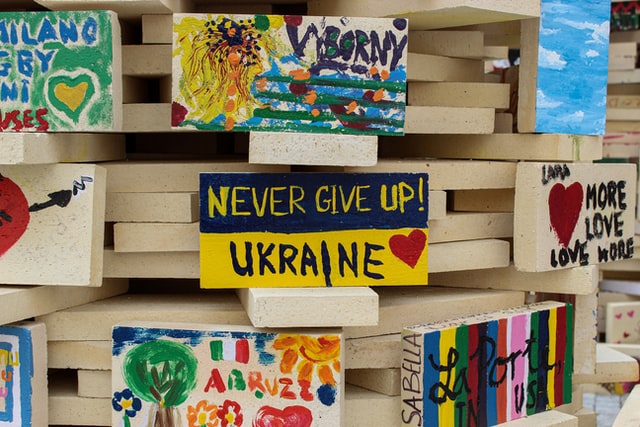 [vc_row][vc_column][vc_column_text]With Ukraine on the cusp of being accepted into the European Union, President Volodymyr Zelensky warns of more aggressive actions from Russia, even as his nation—and the world—are digging in for a conflict that could last years.

Zelensky’s speech follows another warning from NATO Secretary-General Jens Stoltenberg that the West must prepare itself for an extended war between Russia and Ukraine, saying over the weekend, “It could take years. We must not let up in supporting Ukraine. Even if the costs are high, not only for military support but also because of rising energy and food prices.”

Expert: Ukraine at “Most Dangerous Point” in Conflict

“The Ukrainian military right now is at the most dangerous point in this second phase,” said Michael Kofman, Research Program Director of the Russia Studies Program at CNA, in a recent interview.

He went on to explain that the first phase created “undue optimism” among the Ukrainians because they defied expectations over the Russians, who thought they would win quickly and decisively. But the offensive has also been exhausting, with both militaries digging into their reserves, which can potentially lower morale and threaten “undue pessimism.”

In other words, he sees this as a make-or-break moment for Ukraine.

She notes that the weather has gotten much hotter as the war remains primarily focused over the last few months on an artillery battle in the southern Donetsk pocket. “Right now, Russia is still on the other side of the river. Ukraine has blown all the bridges, and as long as they can keep that pocket open, that means Russia can’t initiate offensive operations down in the South.”

@politicaliq #Zelensky warns of more aggressive actions from #Russia, even as #Ukraine —and the world—are digging in for the long haul.  #RussiaUkraineWar ♬ original sound PoliticalIQ

“We have always been hoping, I think, that it would end early with a Ukrainian victory, but in terms of what we’re seeing in the East in particular, this is a grind ’em down, World War I style battle,” former Undersecretary of State Richard Stengel said Monday on MSNBC.

Grant agrees. She says one of the reasons is, neither side can take advantage of its air force because of the lay of the land. Their air forces have not been very effective at supporting their ground forces.

“So when you fight without air power, this is what it looks like. It’s an artillery battle like World War I,” she explains. “Our Western forces literally haven’t fought this way since 1918. Whether it’s Normandy or Vietnam or Desert Storm or Syria or Afghanistan, we’ve always had air power.”

Stengel added that Russian President Vladimir Putin is “banking on” a slow-going war—because the longer it drags on, the greater the chance that the West will become distracted by other events and stop providing weapons and aid to Ukraine. “What [Putin] is counting on is that it’s more important to him than it is to us,” he said.

For the time being, at least, that doesn’t seem to be happening. The Pentagon this week provided another $1 billion in military aid to Ukraine, its 12th installment of weapons and humanitarian assistance since Russia’s February invasion, bringing the total funding package so far to $5.6 billion.

During a press briefing at NATO Headquarters in Brussels last Wednesday, Chairman of the Joint Chiefs, General Mark Milley, praised the Ukrainians’ proficiency with the weapons, “The artillery skills of the Ukrainians are very, very good. They’re top-notch gunners.”

“They’re really good because they had a base of training to start with, and they’re highly motivated,” says Grant. “And NATO’s doing a really good job with the training. They’re picking just the right people.”

The Pentagon would further like to send Ukraine a handful of its new, powerful MQ-1C Gray Eagle predator drones. The Biden Administration announced plans to do so at the beginning of the month, but the deal stalled in Congress over a dispute about the amount of training that might be necessary for the Ukrainians to use them capably.

NATO Corridor in the Black Sea?

Former NATO Allied Commander James Stavridis predicted Sunday that a new battle front will soon open up in the Black Sea. “Russians are blockading that Ukrainian coast, not allowing vital shipments of grain important to the Ukrainian economy, but absolutely essential to world food stocks,” he said.

Odessa and Mykolaiv are Ukraine’s two major grain export ports, both of which utilize the Black Sea. “This means the big grain ships, a lot of which are Chinese, can’t come up through Odessa and Mykolaiv and unload in the way that they normally do,” says Grant, adding that Ukraine has put sea mines in place to prevent an amphibious Russian assault.

She says the Biden Administration is looking into moving Ukrainian grain by rail, and then utilizing Polish silos, but Grant would like to see NATO consider options for putting a “protective grain corridor” through the Black Sea. “They could do it. NATO Navies don’t like to go up in there because it’s very tight for maneuvering, but NATO has the capacity to conduct de-mining and to create a corridor for the safe transit of cargo ships.”

Meanwhile, Ukrainian Foreign Minister Dmytro Kuleba said Tuesday that the UN is working with Ukrainian officials to transport grain past the Russian blockades.

“Our army is holding on,” Zelensky concluded his Sunday speech. “And I am grateful to everyone whose strength today means our victory tomorrow.”

What we need to do as Americans, she adds, is to “keep our eyes on the goal.”

This means not putting undue expectations on Ukraine’s military by counting on them to wrap it up quickly.

“Americans need to remember that Ukraine literally is fighting 100,000 Russian forces. They’re doing a great job, and we need to keep up our morale,” says Grant. “It really would be for the best for Ukraine to come out with a military victory here.”