Will the DOJ Indict Trump? 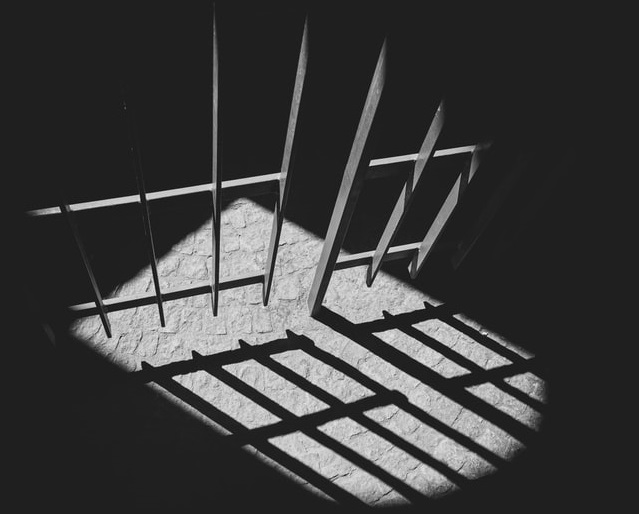 [vc_row][vc_column][vc_column_text]Nationwide viewership of the televised January 6 Committee hearings may be dropping since its prime-time premiere, but DOJ prosecutors assigned to investigate the attack on the U.S. Capitol and our 2020 Election are still glued to it. Will a criminal indictment of Donald Trump follow?

Hundreds of Arrests, but a Much Higher Bar for Trump

A June 17-18 ABC News/Ipsos poll found that nearly 6 in 10 want to see former President Trump face criminal charges for his connection with the attack, up from 52% in May.

The U.S. Department of Justice, through its own investigation separate from the Congressional Committee’s, has already prosecuted more than 800 people for January 6-related acts. However, despite all the evidence the Committee is putting forth in its effort to build a criminal case against Trump, legal experts say the DOJ must meet a much higher threshold before it considers prosecuting a former President, which has never happened in the history of our nation.

“It’s a high bar,” said Solomon L. Wisenberg, former Deputy Independent Counsel during the Clinton-era Whitewater investigations. “What did Trump do? Did he conspire? Did he have knowledge beforehand that this was going to be attempted if he wasn’t successful in convincing VP Pence?”

When, then, is the line crossed from vigorously contesting an election’s results (a legal act) to committing a crime?

He points to the testimony of Rusty Bowers, the Arizona House Speaker who said he refused to give in to a months-long pressure campaign by Trump and his attorney, Rudy Giuliani, to overturn his state’s election results.

“Rudy Giuliani was quoted as saying, ‘We have a lot of theories, we just don’t have any evidence.’ That’s what stuck with me,” says Schalk.  “The minute you start asking people to not certify elections and do their legal obligations as electors, you’re now engaging in what can be considered conspiracy to obstruct the official proceeding.”

And obstructing an official proceeding, he adds, is a crime.

During a June 14 webinar hosted by the nonpartisan, nonprofit Protect Democracy,  former DOJ Prosecutor Kristy Parker ran down the list of laws that the Committee had alleged Trump broke in just its first two televised hearings.

“Among those laws are obstruction of an official proceeding, which is the most popular charge that’s being used in the DOJ’s ongoing investigations, conspiracy to defraud the United States, seditious conspiracy,” she says. Plus, referring to what the Committee calls the “big rip-off”, in which it alleged Trump falsely raised money for an “Official Election Defense Fund” that didn’t actually exist, Parker adds the crime of “potential wire fraud.”

Schalk further adds, “Conspiracy’s going to require numerous people being indicted because it’s not just Trump acting alone. It could be anyone in his inner circle who engaged in those phone calls with him and on his behalf.”

What If Trump Believes What He’s Saying?

“We heard a lot of discussion about whether Trump genuinely believes his own lies or is detached from reality, and whether a juror might potentially buy into that idea,” notes Parker. “But it’s important to understand as a legal matter, prosecutors won’t be in a position of having to prove that Trump believed he lost—only that he knew he couldn’t do certain things to stay in power, like coerce the Georgia Secretary of State to find him one more vote than he needs.”

Or pressure Vice President Pence to refuse to accept the results, she adds. “Or weaponize a mob to disrupt the January 6 proceeding.”

Long Path from Indictment to Conviction

If the DOJ does decide to undertake the unprecedented act of indicting the former President, don’t hold your breath. That’s the first step in a long, involved process.

It begins with impaneling a grand jury. “Federal grand juries can sit for anywhere from six months to a year,” Schalk explains. “And they’ll sit there and hear evidence on set days. They’re not called in every day.”

Then, what he likes to call a “mini-trial” takes place. DOJ prosecutors will present enough evidence to satisfy the burden to bring forth an indictment. “It’s lesser of a threshold than it is at a trial, of proof beyond a reasonable doubt, but normally you bring forth your most compelling evidence. Not all of your witnesses but your most compelling.”

Then the grand jury votes. It only has to reach a quorum, not be unanimous, to go to trial.

If it does go to trial, a conviction is still very much in question. “If he is indicted and thereafter either, one, is acquitted, where they all agree that he’s not guilty, or two, it’s a hung jury where there cannot be a unanimous decision, it does not count as any criminal decision against him. It will not bar him from seeking the Office of the President,” says Schalk.

So, Will the DOJ Seek to Indict Trump?

“You would be derelict in your duties if the Department of Justice did not reexamine the evidence prior to finishing out your investigation, either by saying, ‘We don’t believe a crime was committed,’ or impaneling a grand jury,” says Schalk.

Asked whether he believes Garland will seek to indict the former President, Rep. Jamie Raskin (D-MD), a January 6 Committee member who’s also a Constitutional scholar, said Sunday, “You’ve got to look at the culpability of the defendant, to what extent they acted willfully to do a criminal act. You’ve got to look at the gravity and nature of the offense.” He added, “It’s hard to think of a more grave offense.”

That’s as far as Raskin would go with his opinion, but there are a growing number who say they don’t see how Garland can’t indict, given all the evidence presented so far.

“I think there will be a lot of Americans that are expecting the Department of Justice to indict the former President,” Republican and former Florida Congressman David Jolly said Wednesday on MSNBC. “And if it does not, there are a lot of Americans who are going to say, ‘Does the law apply to people that occupy elected office, and certainly the highest office of the land?'”

He added, “I will tell you, if the Justice Department does not, it’s going to take one hell of a press conference to convince the American people why not.”