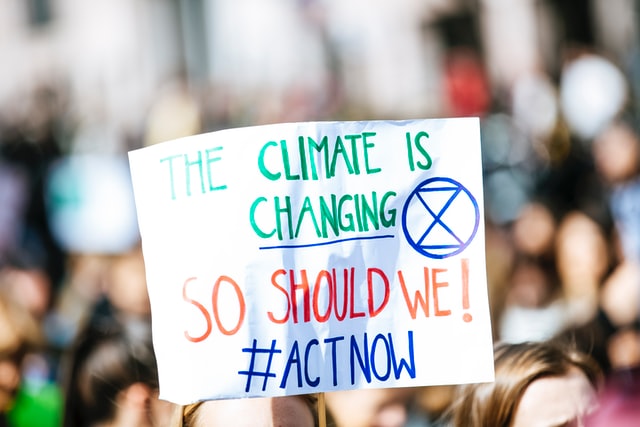 “This is a Court that says administrative agencies and unelected bureaucrats, they can’t jump in and fill those vacuums if Congress isn’t acting and try to set major policy questions. That was the case involving climate change and the EPA,” Jan Crawford, CBS News Chief Legal Correspondent, said Sunday.

White House Not Bowed by Ruling

Carol M. Browner, League of Conservation Voters (LCV) Board Chair and former EPA Administrator, said the Court’s decision “sets a dangerous precedent by undermining the authority of all federal agencies to establish the strongest, most cost-effective pollution standards to protect people and the environment from dangerous pollution and other threats.”

She notes that the Court did not take away the EPA’s other abilities to regulate how power plants spew emissions, or its ability to work with other federal agencies—naming the Department of Interior, the USDA and HUD, specifically.

“Look, this isn’t just about EPA anymore. That’s yesterday’s ways of thinking about it. We can actually have good opportunities in every agency, and we’re taking advantage of that.”

Where the White House may have been knocked back, many states are stepping forward.

For example, the LCV released a list of “some of the top bills passed in 2022 [and] strong actions taken by Governors” showing “impressive progress on climate.”

They vary from state to state, but clean electricity standards involve replacing electricity from fossil fuels (like coal or natural gas) with that from renewables (like solar or wind) and other sources.

Conversely, according to Corvidae, even among many of the states that have “no political will to address climate,” some often do “very, very well in terms of clean energy.”

For example, he says, a lot of states put a ban on banning natural gas, “clinging to incumbent” energy sources, even when the solutions are “more expensive, cause bigger health problems, cause greater risks on a number of different fronts”—and yet many of these same states have “fantastic rates of renewable energy production because the economics are working.”

Corvidae also sees states taking initiatives in transportation. “And that’s a combination of needing to dramatically increase the rate at which we’re moving to electric vehicles as well as looking at ways to ‘mode shift,’ as they say, people into other forms of transportation—and reduce some people’s miles traveled.”

But how easy is it going to be to ‘mode shift’ the gas-guzzling American public to electric vehicles, or EVs?

“One of the things that we’ve seen be very effective is a lot of states have now adopted EV sales standards,” he says, “which doesn’t control any one individual’s choice but it says, overall, the sales of vehicles in a state has to progressively move towards more and more electric vehicles.”

He notes that it also helps that the price of EVs has dropped significantly, to where they’re comparable with internal combustion cars. “And they’re cheaper to operate,” he adds.

“Auto manufacturers who were fighting us are now supporting us for those [carbon emission] standards because they know the future is electric,” said McCarthy.

Corvidae does point out two challenges for transitioning to EVs. First is the need to “provide incentives for lower income families that might not be in a position to buy a new car. There’s not a real market for used EVs yet.”

“The private sector’s taken the signal here. They are investing heavily in getting this job done,” McCarthy said.

Corvidae agrees—somewhat. While he sees the forward movement of the electric vehicle industry as “encouraging,” other industries are making promises but not yet following through.

“The private sector has started to step up in a spotty way. We’ve seen the finance industry make some big commitments around how they’re going to address climate action in their portfolios,” he notes, for example. “But we haven’t seen the proof of those commitments come through yet, and so that’s why I say it looks really spotty.”

“Private industry is likely to move a lot of this forward in a solid way,” adds Corvidae. “The challenge is that, ideally, industry and policy would work together to be clear about, what is the goal and what is the time frame to do this by, and then we can do it in a way that’s beneficial for industry, beneficial for citizens, and move everything forward.”

In terms of policy, he believes if Congress uses its reconciliation power it could release funding to jumpstart the clean energy transition.

“I think the fundamental question is, does Congress recognize that we’re facing extreme economic and health risks if we do not address climate change? And if they do, then what are they willing to step forward and take care of on that front?”

On his first day as President, Joe Biden signed an Executive Order to rejoin the Paris Climate Agreement. Adopted in 2015, countries commit to enhancing their curbing of greenhouse gas emissions every five years. Under the Obama Administration, the U.S. had pledged to slash carbon emissions 26%-28% below 2005 levels by 2025.

Corvidae says the Paris Agreement’s commitments are roughly the goals we need to be striving for, but he believes there’s no time left to dawdle.

“A lot of people still mention 2050 goals,” he says. “We need to be really clear about what needs to happen in the next few years to put us on the right trajectory by 2030, both to stave off the massive cost of the risks of extreme weather and other climate disruptions, as well as to capitalize and learn how to lead the world in terms of the new clean energy economy which is going to dominate the globe in future years.”

RMI has been tracking how far along the U.S. is progressing on a state-by-state scorecard.

Corvidae adds, “There’s a tremendous opportunity, a tremendous risk, and we have to move faster than we’ve currently been moving.”