More Bosses Order Workers Back to the Office 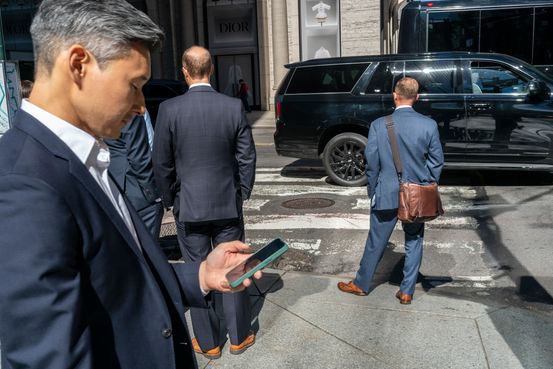 This post was originally published on this siteVanguard Group, Paycom Software and others push staffers to return on required days, but some employees are pushing back.

A warning sign has been flashing red: How weak RV sales could mean a 2023 recession.

This post was originally published on this siteA recession warning sign has been flashing red. RV sales have weakened dramatically in recent months, possibly indicating a downturn.

Inside McCarthy’s struggle to lock down the House speakership

Time is running out for Kevin McCarthy.

This post was originally published on this sitePresident Joe Biden’s agenda will largely be blunted in a divided Congress, with GOP lawmakers pledging to block Democrats’ legislative priorities.

COVID variant XBB.1.5 now accounts for 40 percent of cases in the US: CDC This post was originally published on this siteThe omicron subvariant XBB.1.5 has rapidly spread to become the dominant COVID-19 mutation in the U.S., now accounting for 40.5 percent of all cases. The XBB.1.5 omicron subvariant as of this week has pushed out the BQ.1 and the BQ.1.1 subvariants from their previous positions as the most […]

The U.S. military has reported that a Chinese fighter jet flew dangerously close to an Air Force plane in an effort to intercept it. The Chinese jet “performed an unsafe maneuver” flying only approximately 20 feet in front of the American plane’s nose, The New York Times reports. In turn, the Air Force plane had to take “evasive maneuvers to avoid a collision.”
The incident occurred over the South China Sea on Dec 21, where the U.S. was “lawfully conducting routine operations.” While the sea is considered international waters, China has long claimed that it belongs fully to the country, reports The Associated Press. U.S. Defense Secretary Lloyd Austin commented, “We’ve seen a sharp increase in the number of dangerous PLA intercepts of U.S. and allied forces … that were operating lawfully in international airspace over the South and East China Seas,” referring to the military wing of China’s Communist Party.
The U.S. chose to wait several days before disclosing the encounter  “to verify details, obtain and declassify imagery and make proper notifications to other government agencies.” The Chinese Foreign Ministry did not directly respond to the incident at hand. Rather spokesperson Wang Wenbin said, “The United States’ provocative and dangerous actions are the root cause of maritime security issues.”
Wang also called out the U.S’s arms sales in Taiwan, which has been a source of tension between the countries. Chinese President Xi Jinping has also been more firm in his stance against Taiwan’s independence.
U.S. Indo-Pacific Command said in a statement that it, “expect[s] all countries in the Indo-Pacific region to use international airspace safely and in accordance with international law.”

Attacks on power substations are growing. Why is the electric grid so hard to protect?

This post was originally published on this siteSuspicious activity at power substations has been on the rise even before attacks at two North Carolina substations in December. Here’s what to know.

Senior citizens and other Social Security recipients will start getting a heftier monthly benefit next month due to an 8.7% annual cost-of-living adjustment aimed at helping them cope with high inflation. This post was originally published on this siteProgressives are taking aim at Transportation Secretary Pete Buttigieg over the Southwest airlines holiday travel fiasco that continues to cause mass delays and cancellations across the country, urging further scrutiny of the department’s practices. Rep. Ro Khanna (D-Calif.), a leading left-wing lawmaker on Capitol Hill, took to Twitter […]

Putin in crosshairs as Ukraine pushes for prosecuting crime of aggression This post was originally published on this siteUkrainian officials are increasing their calls to establish a special tribunal to criminally prosecute Russian President Vladimir Putin and target the core group of advisers and military officials they say are responsible for carrying out the assault on their country. But Kyiv has yet to settle on the best […]