China’s army sent fleets of jet fighters and other military aircraft into Taiwan’s air defense zone on Sunday as part of a military drill Beijing says was a response to “provocation” from the U.S. and Taiwan, The Wall Street Journal reports.
Taiwan’s Ministry of National Defense reported that a total of 71 Chinese airplanes were detected flying in the airspace surrounding Taiwan, with 47 of them crossing the maritime border of the Taiwan Strait at about 6 a.m., per CNN. The ministry also revealed that it detected seven Chinese naval vessels near Taiwan on Sunday.
On Monday, China’s army released footage of numerous jet fighters taking off and naval officers carrying out their duties on the Chinese social-media platform Weibo. The army said the drills were a “resolute response to the current US-Taiwan escalation and provocation,” without elaborating on said provocation, ABC News reports.
Officials from Washington and Taipei have criticized China’s recent aggressive military maneuvers. The White House’s National Security Council called the drills provocative and said the action was “destabilizing, risks miscalculations, and undermines regional peace and stability,” per the Journal.
President Biden previously stated the U.S. would protect Taiwan if China moved forward with invading the democratically governed island. China’s Communist Party has long expressed plans to reunify the island with the Chinese mainland since it views Taiwan as part of its territory. On Dec. 23, Biden signed the National Defense Authorization Act for 2023, which included authorization of up to $10 billion over five years to finance weaponry and military equipment sales to Taiwan. The bill also featured provisions to provide training and other assistance to help the island defend itself in the event of an invasion by China. This post was originally published on this siteHome prices fell for the fourth straight month as high interest rates and stubborn inflation dampen the housing market, according to data released Tuesday. The S&P CoreLogic Case-Shiller U.S. National Home Price Index, a gauge of home prices across the country, fell 0.3 percent in October from September […] This post was originally published on this siteA U.S. appeals court on Tuesday ruled that U.S. employees who work overseas for companies based in the U.S. are not protected by a federal law prohibiting retaliation against workers who report securities violations. The three-judge panel of the U.S. Court of Appeals for the D.C. Circuit unanimously […] 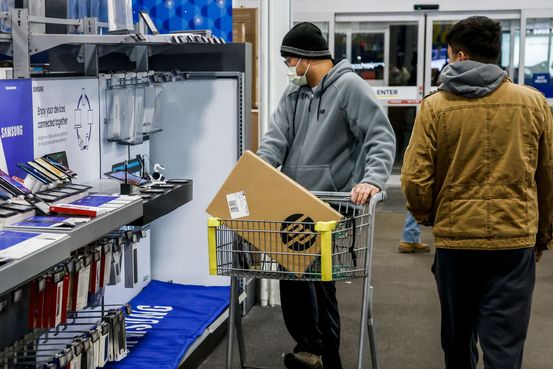 This post was originally published on this siteSemiconductor companies are slashing production plans to try to restore balance between supply and demand. Sam Bankman-Fried, the disgraced founder of cryptocurrency exchange FTX, is in FBI custody and en route from the Bahamas to New York City to face federal fraud charges tied to FTX’s collapse, Manhattan U.S. Attorney Damian Williams said Wednesday night.
Bankman-Fried has indicated he will plead not guilty to the eight criminal charges filed against him. But Williams also announced in his video message that two of Bankman-Fried’s top associates, Caroline Ellison and Gary Wang, secretly pleaded guilty to similar charges and “are both cooperating with the Southern District of New York.”
Ellison, the former CEO of trading firm Alameda Research, pleaded guilty on Dec. 19 to seven counts including wire fraud and conspiracy to commit securities fraud. Bankman-Fried founded and owns most of Alameda, and he and Ellison were romantically involved at times, The Wall Street Journal reports. Wang, a software engineer who cofounded FTX and Alameda with Bankman-Fried, pleaded guilty to wire fraud and three other counts.
Without a plea deal, Ellison, 28, faced up to 110 years in prison, while Wang, 29, could get up to 50 years. In exchange for their cooperation, the Justice Department agreed to recommend a reduction in their sentences. “Gary has accepted responsibility for his actions and takes seriously his obligations as a cooperating witness,” Wang’s lawyer Ilan Graff said in a statement. Williams encouraged anyone else who participated in Bankman-Fried’s alleged fraud to come forward. “We are moving quickly and our patience is not eternal,” he said.
It isn’t clear if Bankman-Fried, 30 and facing the possibility of life behind bars, knew about the plea deals of his top associates before he agreed to be extradited to the U.S.
Ellison and Wang also agreed to settle a parallel civil security and commodities fraud lawsuit filed by the Securities and Exchange Commission and Commodity Futures Trading Commission. 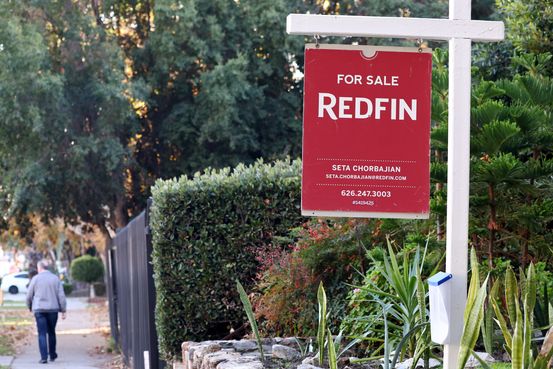 This post was originally published on this siteU.S. existing home sales slid in November for a 10th straight month, extending a record streak of declines as high mortgage rates and home prices pushed many buyers out of the market. This post was originally published on this siteMarijuana advocates and executives are up in arms after opposition from Senate GOP Leader Mitch McConnell (R-Ky.) resulted in Congress failing to pass a key cannabis banking bill, dealing a massive blow to the industry. The $1.7 trillion omnibus spending bill unveiled Tuesday includes all kinds of expenditures, […]

A guide to Washington’s busy Wednesday

It’s a busier-than-usual Wednesday in Washington.

The US Postal Service on Tuesday announced its intention to deploy at least 66,000 electric delivery trucks by 2028, satisfying a key goal for the Biden administration’s climate agenda.