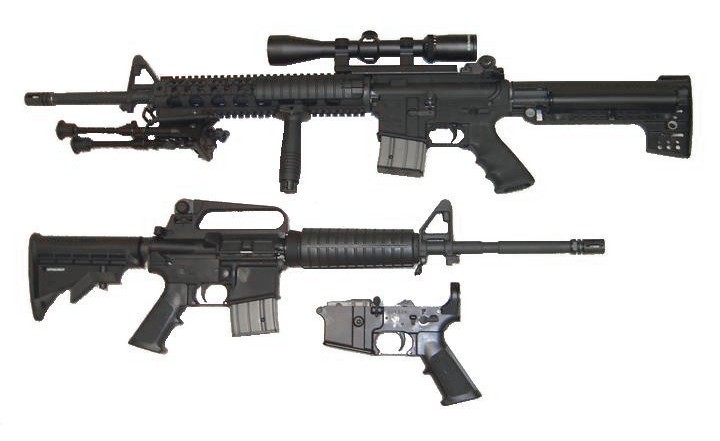 [vc_row][vc_column][vc_column_text]A legal settlement in Connecticut this week between Remington Arms Company and the families of nine victims of the Sandy Hook Elementary massacre marks the first time a gun manufacturer has been held liable for a mass shooting in the United States. But will this settlement have a profound impact on the gun industry?

“I don’t think a new precedent has been set here because it’s really limited to the Connecticut law,” David Schwartz, criminal defense attorney and former prosecutor, tells Political IQ. “But I think a lot of states will be running to copy that Connecticut law.”

The families’ lawsuit against Remington focused on its marketing practices. The plaintiffs argued that Remington had violated Connecticut’s Unfair Trade Practices Act, and alleged wrongful death by the gunmaker for selling military style assault weapons to the civilian market.

As part of their settlement, the plaintiffs demanded (and received) access to Remington’s internal memos that will reveal how the AR-15 was marketed and advertised to consumers.

“We can’t wait to share those documents,” Nicole Hockley, mother of six-year-old victim Dylan and co-founder of the charity Sandy Hook Promise, said during the news conference following Tuesday’s settlement.

What’s already been revealed in discovery, according to David Pucino, Deputy Chief Counsel of the Giffords Law Center to Prevent Gun Violence, is the process the marketers at Remington went through “from violent fantasy made explicit,” to “implicit, more neutral” messaging. They’d start with a proposed ad slogan like, “Ice The Perp, Save The Hostage,” and end with a neutralized, final ad, “Rescue The Hostage,” rejecting the “Ice The Perp” line.

Pucino tells Political IQ that the implicit message is that “you will, in buying this gun, take on the responsibility for shooting down mercenaries and placing yourself in military scenarios.”

He further hopes to see whether the emails received in the settlement reveal what, if anything, Remington understood about the risks of gun ownership versus the messaging the industry put out that owning a gun keeps your family safe.

And as a gun control advocate, Pucino is optimistic that targeting the marketing will make a difference. “I would imagine that every gun industry executive who’s responsible for advertising now is going to be looking very closely at their ads,” he says. “And my hope is that they’ll be more responsible.”

Adds Schwartz, “Hopefully they’ll just change the way they do business. They’re still going to sell a lot of guns. Do they really need to market it that way?”

For the record, attorneys for Remington have not been commenting on the case to the media.

Repercussions on the Gun Industry

Schwartz believes the fear of lawsuits in just one state alone could have a chilling effect on the gun industry. “I think they’ll see the writing on the wall where this could turn into thousands and thousands of lawsuits,” he said. And it wouldn’t necessarily be limited to mass shootings.

But several states, including California and New Jersey, are considering consumer protection measures similar to Connecticut’s.  And according to Pucino, while every state has some version of a consumer protection law, New York has adopted a law that specifically targets the gun industry. “It’s broader in that it’s not just about sales and marketing practices,” he says. “And that could potentially open the gun industry to lawsuits.”

Mark Oliva, spokesman for the National Shooting Sports Foundation (NSSF), a gun industry trade association, argues that the New York law punishes retailers for the “criminal actions of third parties.” He says it would put some 8,600 jobs at risk in the Empire State.

Remington filed for bankruptcy in 2020. It was four controlling insurance companies that settled the Sandy Hook suit.

The gun industry is framing Remington as a one-off. “This settlement orchestrated by insurance companies has no impact on the strength and efficacy” of federal law, the NSSF’s Oliva said in a statement. He believes that if Remington had brought the case to trial itself, it would have prevailed.

Attempts by Congress to pass gun control legislation have mostly fizzled, including two bills to expand background checks that passed in the House but died in the Senate just last year.

In the days immediately after Sandy Hook, a USA TODAY poll showed that just over half of Americans (58%) wanted stricter gun control laws, an uptick from previous polls. Since that 2013 massacre, there have been more than 2,400 mass shootings in the United States.

Heading into this year’s midterms, however, gun control is not on the political radar, even among Democrats.

“I think federal action is really important during a national crisis,” says Pucino. “I think that’s what our Constitutional system best can do,” but he sees the real battle occurring at the state level right now.

There are currently 21 states that have measures in place making it legal to carry concealed without a license.