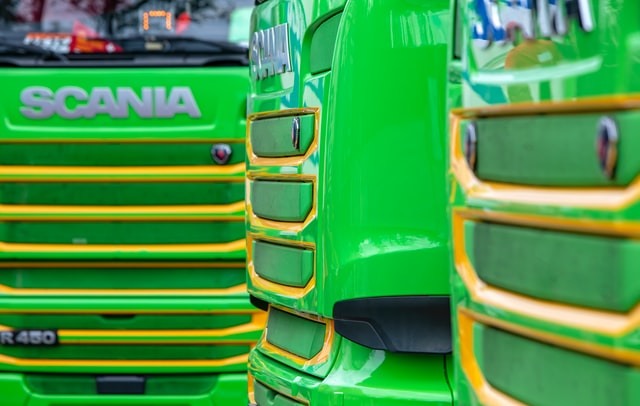 [vc_row][vc_column][vc_column_text]A week after Greg Abbott ordered Mexican truck inspections at the U.S. side of the border causing massive delays and sparking a blockade by protesting truckers, the Texas governor announced Wednesday an agreement to ease traffic (and perhaps some supply chain woes) by opening one bridge between Texas and the Mexican state of Nuevo León.

By Thursday night, Abbott had agreements with the states of Coahuila and Chihuahua similar to that with Nuevo León, which included “enhanced security measures” on the Mexican side of the border, according to Abbott. He added that unless and until he reaches similar agreements with the bordering state of Tamaulipas, “Texas Department of Public Safety will continue to thoroughly inspect vehicles into the United States.”

Abbott had drawn complaints from U.S. lawmakers and retailers on the border. “This is creating a bottleneck,” Texas State Senator Juan “Chuy” Hinojosa (D-McAllen), tells Political IQ. He says Hidalgo County, where he serves, normally has some 3,000 trucks pass through daily. This past week, it’s been 100 to 300 at most. “Based on how long this continues, you will see empty shelves—in grocery stores here in Texas and the United States.”

Grocers especially are feeling the impact. More than $9 billion in produce is traded every week between Mexico and Texas, according to the Fresh Produce Association of the Americas.

“We’ve had trucks stuck on the border for two to three days,” a shipper of green onions told a local TV station in Pharr, Texas. “These fruits and vegetables that we’re bringing are perishable, they’re highly perishable, especially the greens. So every hour, every day, that goes by, the quality of these products are diminishing.”

Trucks on the Border: Feds vs. State Authority

It’s in question whether states even have the authority to do the type of inspections Abbott has authorized.

What states don’t do, he says, is “engage in the intense level of cargo inspections” that Texas has been doing—and which Taylor calls “duplicative” and “exacerbating an already stressed supply chain.”

During a news conference Wednesday, Abbott stated 25% of the trucks stopped and inspected were, in fact, cited for safety violations. “Whether it be because of brake issues, because of tire issues or other issues,” he said, “there may be Texans whose lives were saved because of the vehicles taken out of operation.”

When a reporter asked whether there were any drug seizures or immigrant apprehensions as a direct result of state inspections, Abbott replied, “I would have to refer you to the Texas Department of Public Safety with regard to what, if anything, they’ve apprehended.”

The Governor said the Texas-side inspections began as a reaction to President Biden’s recent announcement regarding Title 42, arguing that drug cartels use commercial vehicles for smuggling.

“If you want relief from the clogged border, you need to call President Biden and tell him to maintain the Title 42 expulsion policy that has been in place for years,” Abbott said at his news conference Wednesday.

Title 42 is a decades-old clause in the public health code that allows the government to take emergency action to stop the “introduction of communicable diseases” into the U.S. It was rarely used until the Trump Administration implemented it as an immigration policy during the Covid pandemic. The Biden Administration continued it, but the CDC plans to let it expire next month.

“I don’t see how this has anything to do with Title 42,” argues Hinojosa, referring to truck inspections. “At some point, Title 42 will be lifted, and people will just come across and turn themselves in. They’ll seek asylum.”

Economists are predicting the back-up of trucks will impact prices—and the Texas border economy is valued at about $350 billion per year, according to the Federal Reserve Bank of Dallas. “They don’t know when this is going to resume so prices are going to react. Now when you look at grocery prices they’re already reacting,” said Luis A. Ribera of Texas A&M.

“Someone might say, ‘So, the Governor has implemented a redundant inspection regime. How does it affect me?’ Well, higher costs,” notes Taylor. And since we’ve already been dealing with record-high inflation, “This makes a bad situation worse.”

Without Supply, Jobs Could Be Hurt

“Our trade with Mexico and our international bridges are very much key to the creation of jobs,” says Hinojosa. “Retailers are losing money because their warehouses are empty, and their workers are just standing around.”

According to the U.S. Department of Commerce and International Trade Administration, some 60 thousand companies, employing 1.2 million Americans are supported by U.S. trade with Mexico.

“Obviously America wins with exports,” says Taylor. “It means more goods sold to more customers in more markets abroad. But the U.S. also wins with imports. There are lots of jobs that are tied to imports, whether it’s from truck drivers, warehousing operations, third party logistics providers, as well as consumers who win when they have greater variety, selection and price competition on store shelves.

Abbott was asked about consumer reaction to the supply chain slowdown. “The people in Texas may have suffered some hardship because it took a few extra hours to get something across the port. Those are the very same Texans who agree overwhelmingly that we as a state and we as a people have suffered substantially from the open border policies of the Biden Administration.”

He went on to add, “I’ve been up and down the entire border, and I know exactly what consumers along those borders are saying. They’re saying they need the border secured. That is their top priority.”

Taylor counters, “When somebody needs to move a good from Mexico to the United States and it’s getting delayed, the customer doesn’t care what the excuse is. They’re just blowing up the phone, saying, ‘What the heck is going on? I need these goods.’”