After the Hearings – New Election Laws May Prevent Another January 6th 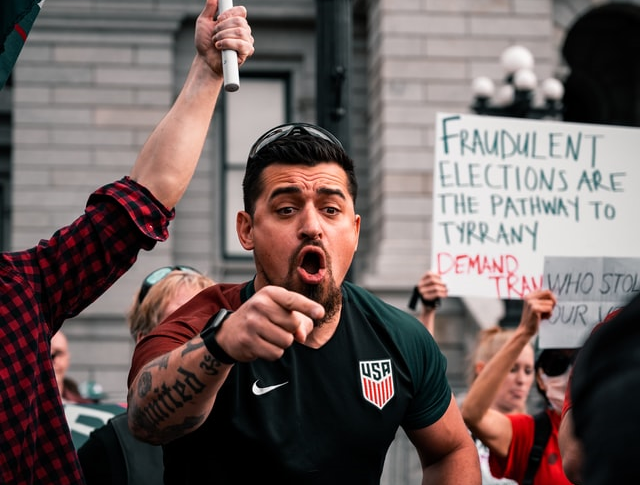 [vc_row][vc_column][vc_column_text]As the House Select Committee continues to televise the hearings on the January 6th attack on the U.S. Capitol, they’re also examining new election laws to ensure that a peaceful transition of power is never disrupted again.

The Committee lists among its purposes, to “issue a final report to the House containing such findings, conclusions, and recommendations for corrective measures…as it may deem necessary.”

During a webinar on Tuesday hosted by the nonpartisan, nonprofit Protect Democracy, former Solicitor General of the United States, Donald Verilli, said, “It’s completely proper and exactly the right thing to do” for the Committee to “be focused on what kind of recommendations it can make to shore up our laws to minimize the risk that anything like this could happen again in the future.”

Meanwhile, other lawmakers are already working to strengthen our elections.

The Electoral Count Act was enacted in 1887. It states that four “tellers,” designated by the House and Senate, will read out each state’s electoral votes before a joint session of Congress, and the results “shall be delivered to the President of the Senate [the Vice President], who shall thereupon announce the state of the vote.”

Currently, a bipartisan working group of Senators, led by Susan Collins (R-ME), is working on language to update the law for the 21st century. They’ll also make it clear that the Vice President’s role in the process of counting electoral college votes is “ministerial.”

“The Electoral Count Act has been one of those things like, ‘Well, we know that it might not even be Constitutional, but it’s the best law that we have,'” Matthew Weil, Director of the Elections Project at the Bipartisan Policy Center in Washington, tells Political IQ. “And it’s really difficult to get Congress to focus on something that hasn’t become a problem yet. Now that we all realize the weaknesses can be exploited, we don’t want to have gray areas in the rules that say how we actually elect Presidents.”

Can anything be done to prevent another #January6th from happening again? … https://www.politicaliq.com/2022/06/15/election-laws/

Make It Harder to Object to Electoral Votes

Collins said last week they’ve also drafted new language to raise the threshold for triggering a challenge to a state’s slate of electors, from one member in each Chamber to 20% of the members in each body.

“Even if objections fail, they disrupt the counting process and may feed into narratives that may unfairly question an election result,” says Genevieve Nadeau, Counsel at Protect Democracy.

So raising the threshold, she explains, would make it harder for members of Congress to raise frivolous objections.

Further, she believes rules about what is considered an acceptable objection should be less vague. “Adding clarity on the limited nature of what are appropriate objections can help members of Congress avoid making inappropriate or frivolous objections.”

A bipartisan pair of former Senate Majority Leaders, Tom Daschle (D-SD) and Trent Lott (R-MS), recently wrote an op-ed for the Wall Street Journal, warning that language in the ECA is “ripe for exploitation.” It has to do with a provision that allows state legislatures to decide how to choose electors if the state has somehow “failed to make a choice” on Election Day.

The duo asserts that there should be clear language added to “narrowly define the limited circumstances—like natural disasters or terrorist attacks—under which a state may appoint electors after Election Day.”

Nadeau says this language in the law is of an earlier time. “That was meant to allow for things like runoff elections, which we don’t have anymore in the Presidential contests,” she notes. “We’re talking about the 1800s where weather events and the like had a bigger impact than they do now for the most part.”

She adds that it is still possible today that states might need that flexibility to complete an election, agreeing with the two former Senators that it would be under extreme circumstances like a terrorist attack or a “major” natural disaster. “And if you make that clear, and you also make clear that those are the only circumstances under which electors can be appointed after Election Day,” she stresses, “then it is worth doing to eliminate questions and ambiguities.”

Chris Stirewalt, who was fired as Fox News Channel’s Politics Editor following its 2020 election coverage, testified Monday regarding the so-called “Red Mirage.” That’s the tendency for Republicans to appear to win on Election Day before mail-in and early-voting ballots are counted.

Pennsylvania is one of its biggest victims, since no mail-in votes there are counted until after polling places close on Election Night. It even factored into the state’s recent Senate Republican Primary, where former President Trump urged the candidate he supported, Dr. Mehmet Oz, to declare victory before all the votes were counted—just as Trump had done on Election Night 2020.

“We were going to have a problem in 2020 with this Red Mirage even before Covid,” says Weil. “When you start expanding the use of absentee voting, and you don’t give election officials the opportunity to preprocess those ballots before Election Day, you’re basically asking for long delays after Election Day.”

Can a President Be Prevented from Pressuring DOJ?

In his recorded deposition on November 23, which the January 6 Committee broadcast on Monday, former Attorney General Bill Barr said he was pressured by Trump to find evidence of election fraud. Barr said he told Trump it’s the campaign’s responsibility to raise concerns about fraud, and that the Department of Justice “doesn’t take sides in elections, and the Department is not an extension of your legal team.”

Last year, the Senate Judiciary Committee recommended Congress pass a law allowing for a DOJ back channel, to let Justice Department officials communicate with Congress any concerns they have about White House relations.

According to Weil, there’s not much DOJ could do regarding election results. “Most of what governs elections is state law,” he says. “So this idea that Trump was going to use the military to seize voting machines, at some point, I have to imagine somebody would have said, ‘This is an illegal order, we can’t do it,’ and you would have had a Constitutional crisis.”

What if a State’s Secretary of State Goes Rogue?

On Saturday, January 2, 2021, President Trump placed a call to Georgia’s Secretary of State, Brad Raffensperger, urging him, “I just want to find 11,780 votes, which is one more than we have.”

In a court filing, lawyers for the House of Representatives wrote that Lawmakers should make recommendations to prevent future Presidents from undertaking such an act.

Which is not to say there shouldn’t be concern about so-called 2020 Election “deniers” running for Secretary of State in several races this year.

“We should be worried. Secretaries of State are important,” says Weil, adding that there’s “potential for partisan games” when they issue rulings about unclear state laws, and in most states it’s the Secretary of States who certifies the vote.

“If all the results are accurate, but the person in that position just won’t certify the vote, I don’t know where we go from there.”