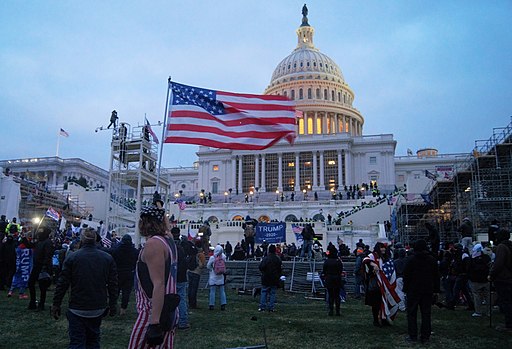 The January 6th Committee is getting set to hold its next—and possibly final—televised hearing in prime time on July 21st, but is the evidence being presented changing the minds of any potential voters?

Officially, the hearings are not meant to be political. On its website, the Committee states that its purpose is to “investigate and report upon the facts, circumstances, and causes relating to the January 6, 2021, domestic terrorist attack upon the United States Capitol Complex.” So, these hearings are being televised just ahead of the upcoming midterm elections, and it’s anticipated that former President Trump could announce his plan to run for reelection within weeks.

Some 20 million households tuned in to view the first hearing, which was broadcast in prime time on June 9th. Viewership dropped off to about half that during the next four hearings, televised in daytime, then perked back up about 28% for the quickly-scheduled testimony of Cassidy Hutchinson, former Assistant to Trump White House Chief of Staff Mike Meadows. Her explosive allegations on June 28th drew 13.17 million viewers, according to Nielsen.

A Yahoo/YouGov poll taken in mid-June found that 70% of those who said they were watching the Hearings were either registered Democrats or intended to vote for Democratic candidates in the upcoming midterms. Meanwhile, in a June 20th Quinnipiac poll, 64% of Democrats said that they had learned new information from the hearings, compared with only 14% of Republicans.

It could be because Republicans are tuning the January 6th hearings out. According to Nielsen ratings of the first two daytime hearings, the conservative-leaning Fox News Channel (which did not air the prime time hearing) averaged 727,000 viewers, compared with more than 3 million viewers for MSNBC and more than 2 million for CNN—a flip from the networks’ usual daytime viewing patterns.

The majority of those who tuned in to the televised prime time hearing were age 55 or older.

As for younger Americans, they don’t appear to be flocking to the hearings on social media, either. By mid-June, videos on TikTok with the hashtags #january6hearing, #january6thhearing and #j6hearings had less than one million views combined, while the hashtag #january6thcommission had 15.5 million views.

That last number may seem like a lot, but not when it’s compared with something like the Johnny Depp/Amber Heard defamation trial, which wracked up more than 18 billion views on TikTok for hashtags supporting Depp alone.

Meanwhile, on Twitter, the January 6th hearings can stir up a lot of random tweets, but the handle @January6thCmte has fewer than 700,000 followers.

All this said, there has been some movement in public opinion since the hearings began being televised, even among Republicans. For instance, while Democrats have consistently believed that Trump should face charges for his role in the actions of January 6, a June 19 ABC-Ipsos poll found that one in five Republicans agreed—compared with just one in 10 Republicans back in April.

He tells Political IQ that “among the hardcore Trump supporters, which is a lot of the Republican Party,” he’s seeing little change in attitude toward Trump.

In fact, that June 20th Quinnipiac poll found that 69% of Republicans believed Trump bears little or no responsibility for January 6.

Another polling analyst, Frank Luntz, does believe “Donald Trump is actually paying a price for what these hearings are showing.” He sees the biggest impact on the former President, who may announce his 2024 Presidential election bid as early as this Summer, is opportunity opening up for other Republican Presidential hopefuls, like Florida Governor Ron DeSantis.

Coleman agrees, pointing out that the socially conservative DeSantis has been “wracking up policy wins” in his home state while “you have Trump who’s just oftentimes on the sidelines complaining about how he’s treated.”

A New York Times/Siena College poll out this week shows 49% of Republican voters prefer Trump as their 2024 Presidential candidate, while 25% name Ron DeSantis as their preference.

Of course, this is a year and a half before we’ve even begun the 2024 primary races—and we haven’t even voted in the 2022 midterms yet. According to David Jolly, former Republican Congressman from Florida, that’s exactly why Trump needs to announce his candidacy for reelection sooner rather than later.

“[Trump] knows he has to play offense,” Jolly said Monday. “Not just to discredit the investigators of the J6 Committee and prosecutors in New York and Georgia, but he’s also 100 days away from the conversation whether Ron DeSantis is the heir apparent to the Republican nomination.…He cannot let November be about Mitch McConnell becoming the Majority Leader, Kevin McCarthy the House Leader, and this guy Ron DeSantis of Florida perhaps the next Presidential nominee.”

“And here in Virginia we have Glenn Youngkin who I saw was on some of the Sunday news shows. He didn’t exactly rule out a Presidential bid,” says Coleman.

Grappling with issues like inflation, this week’s New York Times/Siena College poll shows President Biden with a 33% approval rating. Meanwhile, only 13% of American voters see the country headed in the right direction. However, that same poll found that if the next Presidential election were held today, voters would choose Biden over Trump 44% to 41%.

“Even with all this bad news, Biden is still ahead of Trump,” says Coleman. “So is January 6 being in the news going to be one of the things that pushes some Republicans to say, ‘Yeah, okay, maybe we can beat Biden without Trump’?”

As for this year’s midterms, Coleman says of the hearings, “I think it’s one of those issues, like abortion, that’s going to be there, but it could potentially take a backseat to inflation. That’s been my general sense.”