The seven most shocking results from the 2022 midterm elections

The 2022 midterm elections were full of surprises.

Kari Lake Will Get To Make Case For Election Misconduct

A judge has dismissed part of a lawsuit filed by the defeated Republican candidate for Arizona governor, Kari Lake, but will allow her to call witnesses.

An informal group of Black elected officials has lit up over phone calls and texts since Election Day. They're worried about Black turnout that continues to underperform and talking ideas about how to turn it around before the next presidential election. 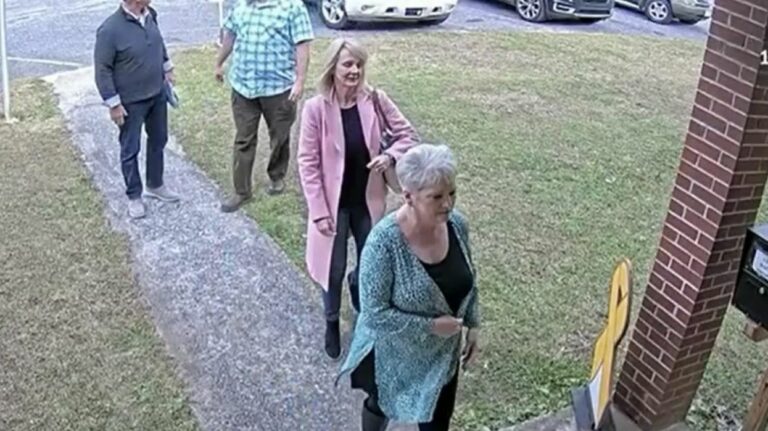 A statewide audit of Georgia’s U.S. Senate runoff begins on Wednesday allowing counties the chance to confirm the results of Democratic Sen. Raphael Warnock defeating Republican nominee Herschel Walker by 100,000 votes. Meanwhile, the start of the audit coincides with urges by election reform groups and cybersecurity experts that federal authorities investigate voting system breaches that played out in south Georgia and several other states in the wake of the 2020 presidential election. On Tuesday, election reform groups and cybersecurity experts sent a letter calling upon the FBI, Department of Justice and the nation’s top cybersecurity agency to open a probe into what appears to have been a multi-state plot to access and copy election system hard drives and software in Georgia’s Coffee County, Michigan, Nevada and other states. As stated in the letter, the investigation can be incorporated into the Justice Department’s ongoing investigation into whether Donald Trump and his allies interfered with the transfer of power after Democrat Joe Biden won the 2020 election. The letter was signed by election reform group Free Speech For People and a dozen higher education election security experts, former election officials and legal experts, as well as the Coalition for Good Governance, which is involved in a long legal battle with Georgia over the vulnerability of the state’s electronic voting equipment from Dominion Voting Systems. Evidence uncovered in the Georgia election lawsuit appears to reveal coordinated breaches were carried out by attorney Sidney Powell and other lawyers working on behalf of Trump’s campaign to discredit the 2020 election results. The letter warns that Conspiracy theorists and domestic terrorists may attempt to disrupt more elections using the information gathered in the breaches “Because this plot was orchestrated by individuals currently under investigation for their attempts to overturn the 2020 presidential election, it is possible that the coordinated effort to obtain voting system software was also part of an ongoing conspiracy to overturn elections,” the letter said. The plaintiffs in the lawsuit uncovered video surveillance footage of a January 2021 breach at Coffee County’s election office. Additionally, the letter urged the federal Cybersecurity & Infrastructure Security Agency to ensure better safeguards are in place and to assess whether other elections since 2020 may have been compromised. “Our lawsuit uncovered evidence that actors working at a national level in Washington DC, Texas, Arizona, Michigan, Colorado, Florida and other states convinced Coffee County officials and political leaders to give them uninhibited access to Georgia’s Dominion Voting System software in the aftermath of the November 2020 election and January 2021 U.S. Senate runoffs,” said Marilyn Marks, executive director of Coalition for Good Governance. “Federal law enforcement agencies are needed to pursue the potential criminal activities and hold those involved accountable. Further, federal oversight to secure the state’s election system is crucially important.” The plaintiffs are pushing for the state to switch to hand-marked paper ballots instead of the Dominion Voting Systems ballot-marking devices that were rolled out statewide in 2020 and presented by the Georgia secretary of state’s office as a more secure voting method since the machines produce auditable printed paper ballots. The coalition and plaintiffs attorneys have been critical of the handling of the Coffee County case by the Secretary of State Brad Raffensperger and the State Election Board for not pursuing “a vigorous and swift investigation.” This summer, the State Election Board finally requested for the Georgia Bureau of Investigation to become involved, more than a year after state elections officials were first informed that the password to Coffee’s election server no longer worked and that a notorious Trump supporter’s business card was found near the former election director’s computer. However, state election officials have said there is no evidence that Georgia’s actual election results have been compromised and the criminal investigation is still ongoing. On Tuesday, the secretary of state’s office held a kickoff event for an audit of the 2022 U.S. Senate runoff. Twenty 10-sided dice were rolled to determine the batches of ballots that will be audited. Blake Evans, Georgia’s state election director, said the Nov. 8 general election audit was successful in confirming the results, and this latest audit is another opportunity of “audit cultural building” following in a runoff that drew more than 3.5 million voters. State law requires an audit after a general election, but runoff participation is at the discretion of county election officials. Online records of the audits will be kept by the counties for public access. All but 22 Georgia counties opted to participate in runoff audits. In 2020, the state ran a much more time consuming hand count of the five million ballots cast in the presidential election in which Biden edged out Trump by fewer than 12,000 votes. GET THE MORNING HEADLINES DELIVERED TO YOUR INBOX SUBSCRIBE Georgia Recorder is part of States Newsroom, a network of news bureaus supported by grants and a coalition of donors as a 501c(3) public charity. Georgia Recorder maintains editorial independence. Contact Editor John McCosh for questions: info@georgiarecorder.com. Follow Georgia Recorder on Facebook and Twitter.